What are Designer Dogs? It has become very popular nowadays to breed two purebred dogs together and call the offspring Hybrid Dogs, Diva Pets, Purse Pets, Rare, Exotic, or Special in some way pets.

These crossbreeds are commanding a big price tag and many if not most different breeds are involved. This niche market is thriving and growing.

Check our our complete list of designer dogs that have been produced with small breed dogs.

In fact, you can find these mixes of dogs in about every shape, color, and size. 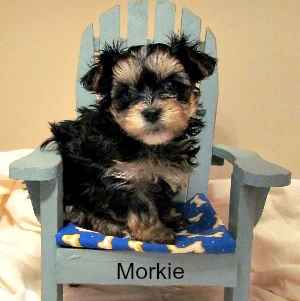 They have become so popular that many breeders specialize in one or more breeds and the possibilities of producing these cross-bred dogs are nearly endless.

Check our our list of designer or hybrid dogs produced by small breed dogs.

There are so many different hybrid dogs, that sometimes a picture is worth a thousand words. Before you run out to get one of these special dogs, you should understand the pros and cons of hybrid dogs. 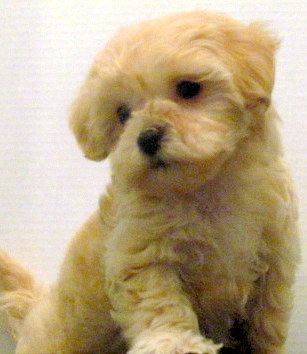 Depending on your point of view, the history of these dogs can go back to the point in time when humans first began interacting with wolves.  Most people consider the origins to be much more recent.

Before the term "designer" was coined, these dogs would have been called crossbreeds, mixed breeds, or mutts.

Another name that is commonly used to describe these crossbreeds is hybrid, although technically speaking, from a scientific point of view, this is an inaccurate way to use the word.

Some so called designer dogs have occurred without any human intervention.  That is to say, that some are the result of unaltered dogs being allowed to roam freely mating at will.

This has happened throughout history and is where we got the names mutt, crossbred, mongrel, Heinz 54 variety dog or simply mixed breed dog. 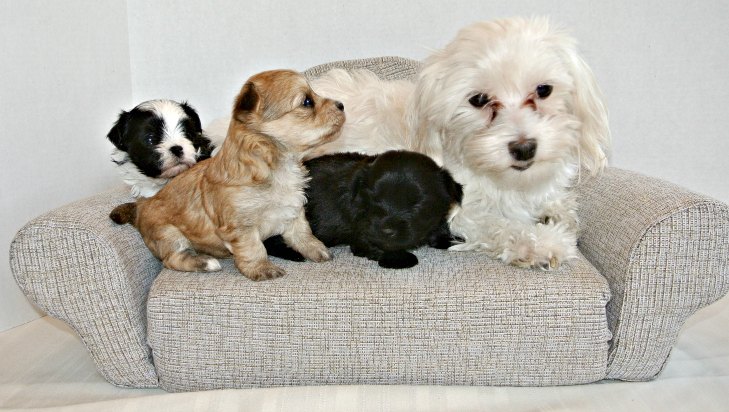 These little ones don't look anything like their Mama, a Maltese because they are Mal-Shi.

With human intervention, the historical time-line becomes much shorter.

The first and probably most popular hybrid to be produced was the Labradoodle, which is a mix between a Labrador and a standard poodle.

In this case, the name first appeared in the 1950s but did not become popular to the late 1980s.

At that time, the whole conception of the labradoodle was to produce a service dog with the wonderful characteristics of the Labrador retriever that was also somewhat hypoallergenic so that the dog could be accessible to people with allergies.

Please note, that there is no such thing as completely hypoallergenic dogs, but some come very close.

Since then people assume that the labradoodle might make the perfect family dog, taking characteristics from the poodle – intelligence and non-shedding, and mixing it with the good traits of the Labrador, playfulness and hard working. 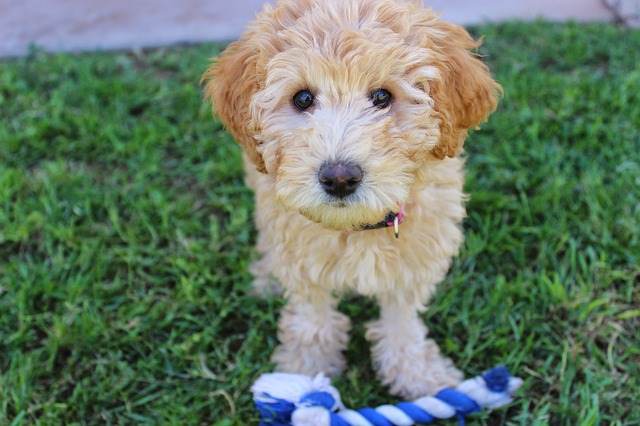 The first and probably most popular hybrid to be produced was the Labradoodle, which is a mix between a Labrador and a standard poodle.

From there, the trend just mushroomed using any two purebreds to create a cross breed that could be called a hybrid.

Now these designers are often more expensive than their purebred cousins.

Was the trend the result of greedy breeders, curiosity among breeders, breeders who were truly searching for the perfect dog, or a population of pet lovers who wanted something new, different or unique?

People are intrigued with the so call dog du jour, especially if it has an exotic sounding name.

How Designer Dogs/Hybrids are Produced? 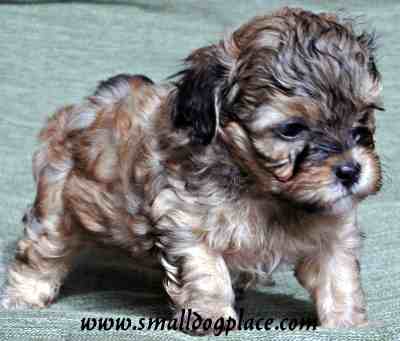 Shorkie Tzu is a Yorkshire Terrier and Shih Tzu mix

When there is a deliberate attempt to create a cross between two breeds, registered purebred dogs are usually used, but not necessarily.

Breeders will start with two purebred registered dogs and pair them creating a new so called breed such as when a Maltese is bred with a poodle creating a Malti-Poo.

But, all breeders do not start with two purebred dogs.  Rather, many decide to cross a purebred mother with a hybrid father resulting in offspring that may be passed on as hybrids without the genetic ratios one should expect.

Breeders who thoughtfully produce hybrid dogs do so with the hope of taking the best from one breed and matching it with the best of another breed to get an entirely new animal that is the best all-round pet.

In fact these dogs are often created for a new look, a healthier dog, a dog with a superior temperament or intellect, or a combination of all characteristics.

When this actually occurs, it is a WIN-WIN situation all around.  But anyone familiar with genetics will tell you that there are no guarantees and the offspring can be anything but perfect.

When the breeding is done deliberately, the offspring command the name Designer Dog, and as a result; the puppy produced is perceived as being more valuable, more desirable, and often more expensive.

Whether it is a conscious attempt to breed or an accidental mating, the only way to determine the health and temperament of the new hybrid dog is to look up the characteristics found in the parent breeds and know that any combination is possible.

There is little certainty when it comes to genetics. So, rather than getting the best of both worlds, the offspring produced could end up with the worst characteristics of both parents. 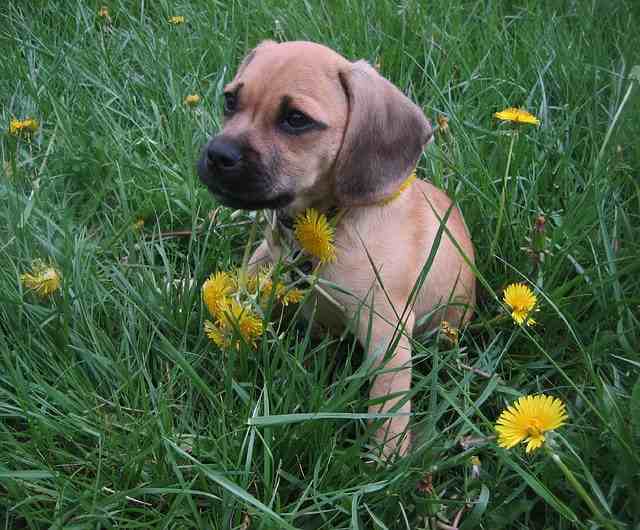 This is a Puggle, a mix between a Beagle and a Pug

The whole notion of the crossbreed brings up much controversy in the dog world about the merits of mixing two purebred dogs.

Most dog fanciers and die-hard purebred breeders shudder at the mere thought of ever producing a dog that does not improve the quality of their chosen breed.

Their mantra has always been that no one should ever consider breeding two dogs unless they hope to improve the breed in some way (conformity, health, or disposition).

They look at their role of a purebred breeder as a fusion of art and science, pushing the limits to produce a purebred dog minus any flaws.  They feel that any breeder who does less is somehow inferior.

Others will argue that breeders have been producing cross bred dogs for eons.

All of today's recognized breeds were created through deliberate attempts by humans to mate certain breeds to create offspring with the desirable traits.  Those desirable traits being a better hunting dog, a more effective herder, or a superior guard.

For example, today’s lovable Shih Tzu dogs came from a cross between a Pekinese and a Lhasa Apso.

Let’s face it, the breeds of today would all look like ancient wolves if it were not for the selective breeding of ancient people.  Who knows, today's hybrid will become tomorrow's recognized breed. 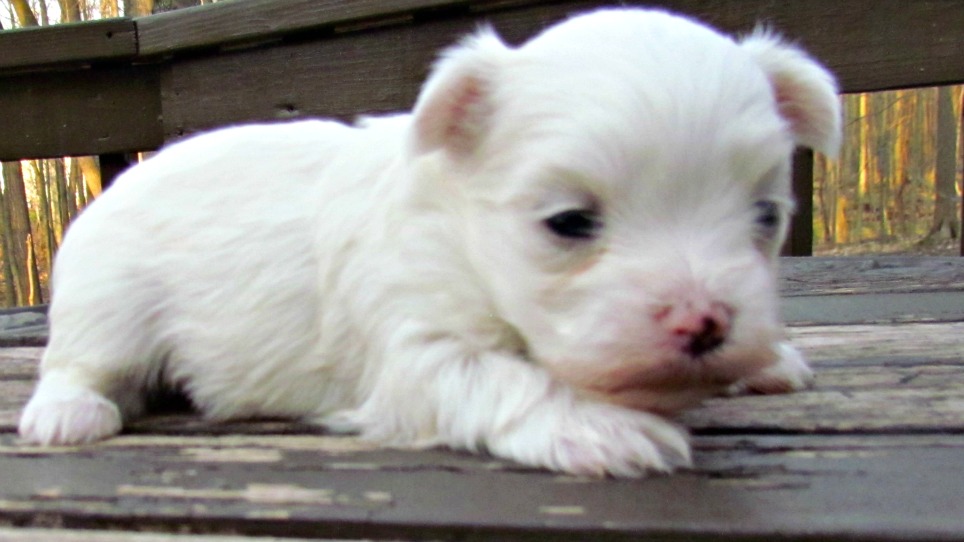 Breeders who choose to go the route of the hybrid do so for many different reasons.  Many believe that they are healthier than a purebred dog.

There are some merit and truth claims made by fans of the hybrid.  Many purebred dogs have been so interbred over the years that certain hereditary diseases are very common in a specific breed.

When the gene pool becomes more diverse, there is less likelihood that these inherited diseases will show up.

If you mate two different breeds both of which suffer from the same hereditary disease, this argument is no longer valid.  In some cases, however, one breed can overcome the problems of another making the offspring healthier.

Consider the Shih Tzu, a brachycephalic breed that is prone to breathing problems. 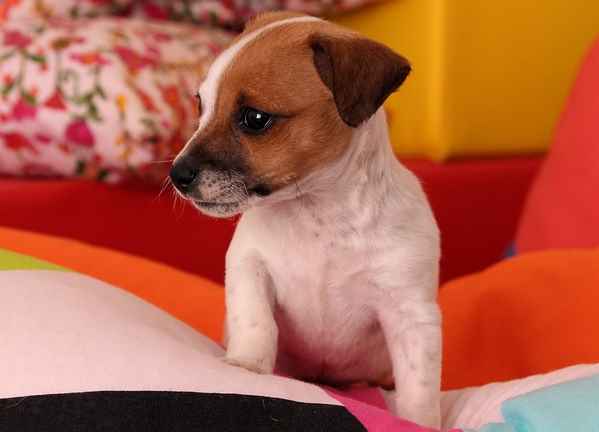 The Mal-Shi is not a purebred dog. It is a cross between the Maltese and a Shih Tzu.

But depending on who you talk to, the puppy could also be called a Shih-tese, Shihtese, Malti Tzu, or Shima.  Five names all describing the same dog!

Some names are easy to figure out.  Take the Yorkie Tzu for example.

There's no rocket science involved in determining that this is a mix between a Yorkshire Terrier and a Shih Tzu.

Some are not that obvious.  Take the Whoodle for an example.  This is a poodle and soft coated wheaten terrier.

What about dogs that just don't seem to have a name?  Maybe its up to the owner to name the hybrid.

Take for example, the Australian Terrier and Shih Tzu mix, a wonderful combination.

As of the writing of this article, no one has named this combination and it is not listed on any of the hybrid registries.  My advice is to contact the registries and add the name to their lists.

This is Jessie, an Australian Terrier - Shih Tzu Mix 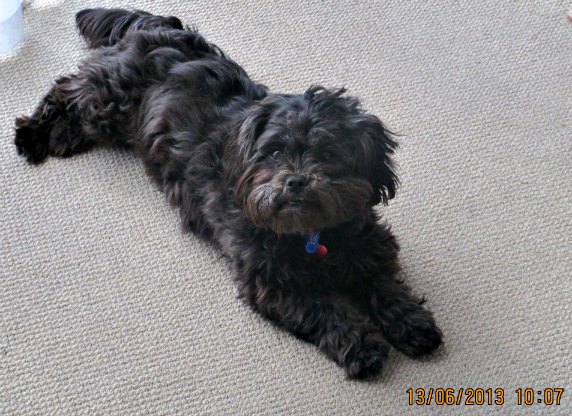 Whimsical or just plain silly describe some of the names –

Some of this craziness originated when people decided that their lovable mutt adopted from a shelter had to have a breed name. More officially, the Canine Designer Dog Registries often decide on the name they will use when the dog is registered. 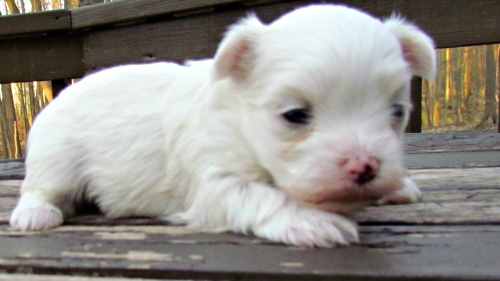 Since designer or hybrid dogs are not purebred, they cannot be registered by an organization such as the American Kennel Club.

A dog can be registered if the parents are purebred and preferably registered with a recognized dog registry such as the AKC.

Some registries such as the IDCR are beginning to develop “breed” characteristics for the designer dogs they register but as yet, no breed standards exist for these dogs as they do for purebred dogs.

There are now many different hybrid dog varieties and these numbers appear to be growing.

With a world society enamored by the exotic, ever demanding unique and different products, it makes sense that they would want these unusual characteristics in their beloved pets.

Dog breeders respond to their customer’s wishes by producing yet another designer combination.

Have a Great Story to Tell About Your Designer Dog?

Share your favorite tale about your very special Designer Dog. Don't forget to tell us what mix you have.

What Other Visitors Have Said

Click below to see contributions from other visitors to this page...

I found your site this evening and enjoyed browsing some of the pages. I will be back to enjoy some more! I couldn't resist sharing a picture and a couple …

My sweet boy Oliver - his daddy, is a purebred Bichon Frise and his mommy a purebred Shih Tzu. He is the first generation, which is the ONLY way to …