The Teacup Puppy:  What it is?
Pros and Cons of Tiny Puppies

There's no denying that a small teacup puppy has a cuteness factor that can overpower even the cutest of all the dog breeds, large or small.  And, there's something to be said about holding a tiny dog in the palm of one hand.  But beyond adorable, is a tiny teacup puppy a good choice for your new best friend?

What is a Teacup Puppy?

You may be surprised to know that there really is no such official term called Teacup Puppy, even though puppy buyers who want a smaller than normal puppy would argue otherwise.

The term teacup puppy" is usually an advertising gimmick to try and sell smaller than standard size puppies.  It is not a term endorsed by any major kennel clubs such as the American Kennel Club or its individual parent clubs.

As a dog breeder, I'm often presented with phone calls that go something like this:

Caller:  I am looking for a teacup puppy.  Do you have any?

Me:  What exactly do you mean by the term, "teacup" puppy?

Caller:  You know a small puppy that fits in a teacup.  Do you have any?

Me:  Are you looking for a specific size of puppy?

Caller:  (getting annoyed at this point,)  Look, if you don't even know what a teacup puppy is, you must not be a real breeder.

Me:  (trying to be patient and trying not to sound angry)

There really is no such thing as a teacup puppy, but you will see the term used to describe puppies who have often been dwarfed down in size to be considered smaller than the breed standard.

Some breeders do this deliberately to charge more money for their puppies.  Puppy Mills have been known to withhold food to stunt the puppies' weight.  Tiny dogs are not always healthy.

Caller:  Yea, so do you have any?  I'll take either a teacup, miniature or dwarf.

Me:  (Thinking to myself)  I've heard of dwarf rabbits, miniature schnauzers, but teacup dogs!  At this point, it's time to end the conversation so I repeat my typical line:  I breed for health, conformation, and temperament in my puppies.  But, I don't breed for teacupness.

Now, if you're wondering why I was getting annoyed with this buyer, read on.

Any breed can be dwarfed down and many of today's breeds have been breed over generations to reduce size for a specific reason.

Many of the breeds we know today were once much larger, but through rigorous breeding practices, the size of the dog was slowly reduced, and as long as sound breeding practices are undertaken, this can be a safe process.

One good example of this is the Yorkshire Terrier, once a breed used to hunt and kill vermin, now they are almost exclusively bred to be companions.

But when breeders who are uninformed pair two runts together and produce a litter of smaller puppies, this is not necessarily best practice.

These breeders are making breeding decisions based solely on size without regard to other factors that should be taken into consideration, such as the health of the parents.

When these breeders advertise teacup puppies and charge twice what others are charging, this should raise a red flag in any puppy buyer's mind.

Any breed can be called a "teacup puppy" but here are a few of the more popular breeds and hybrids seen advertised as "teacup: 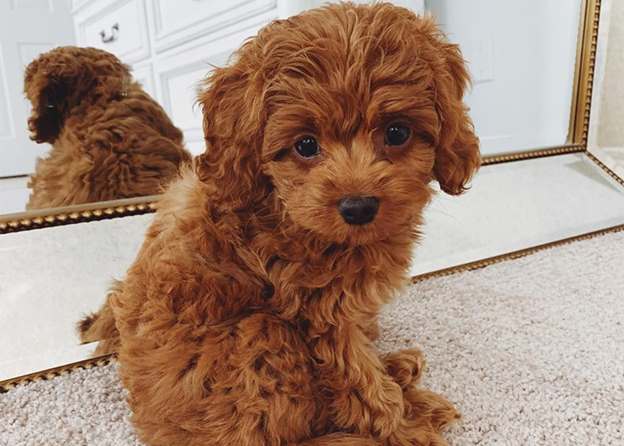 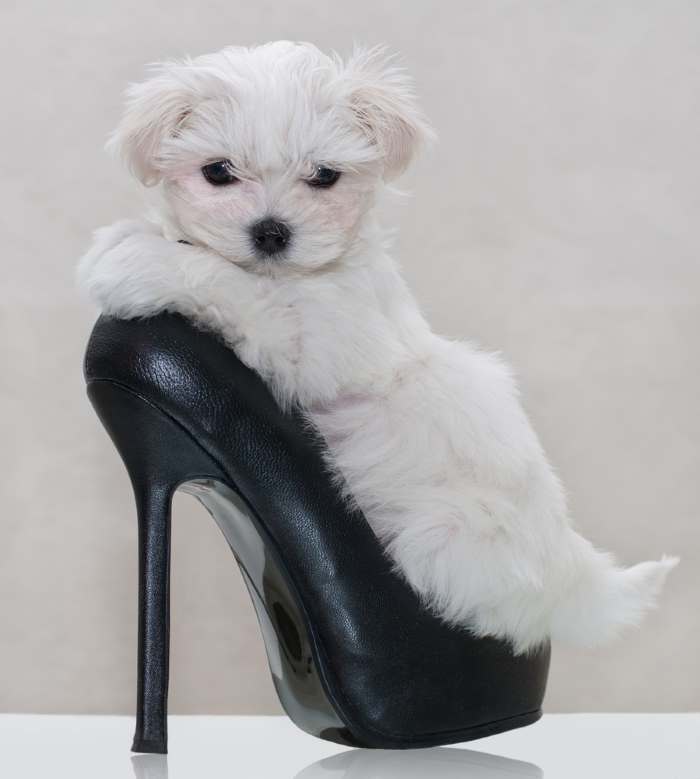 A Tiny Maltese Puppy resting in a shoe. 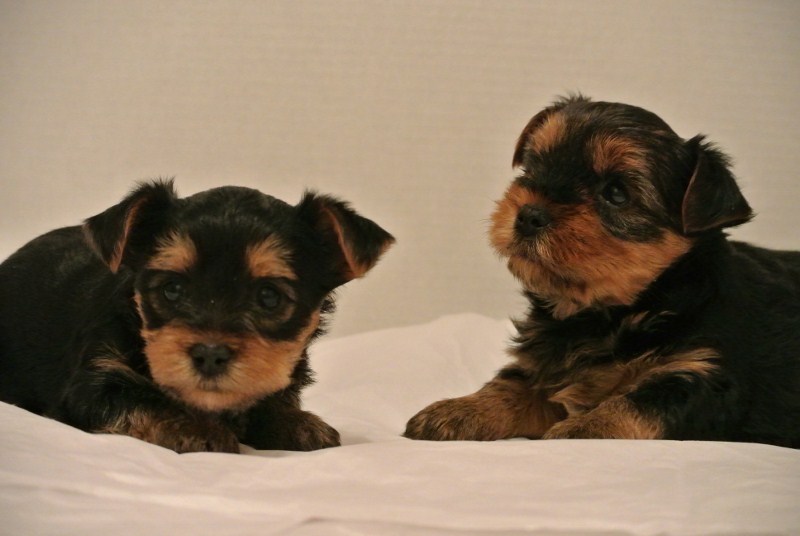 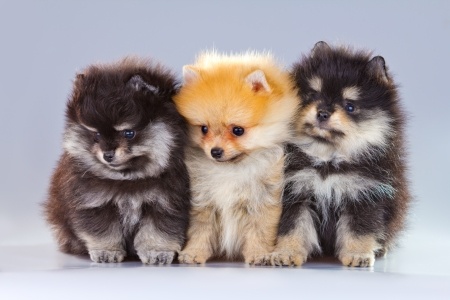 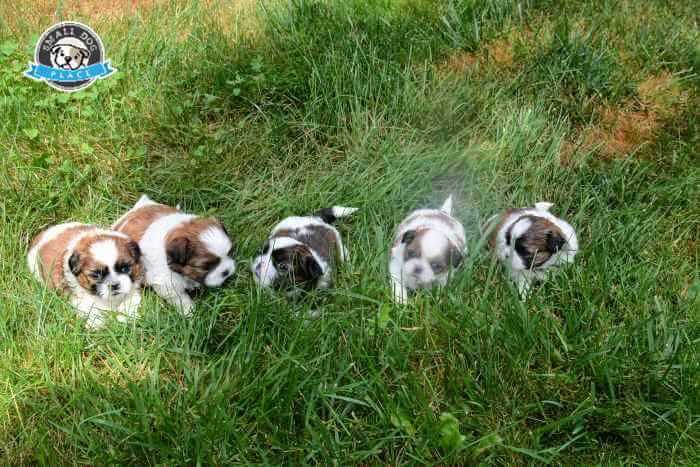 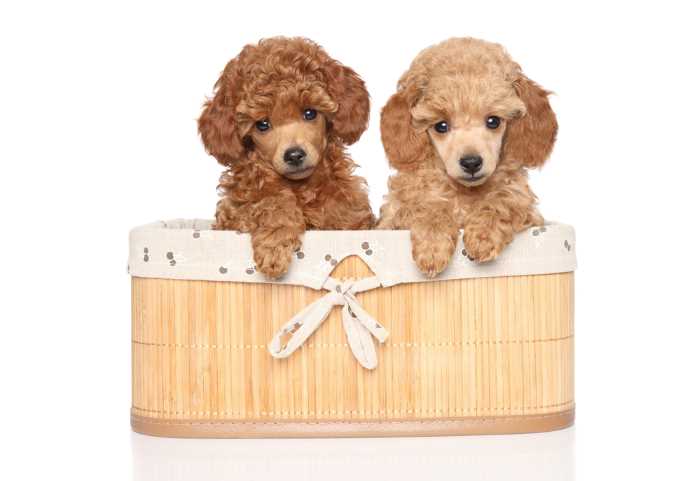 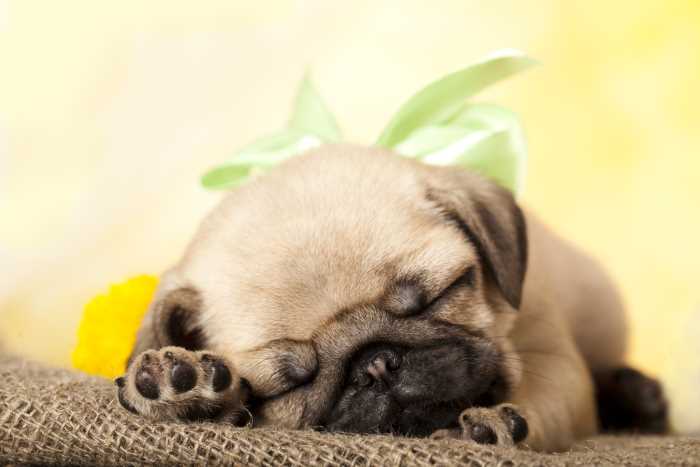 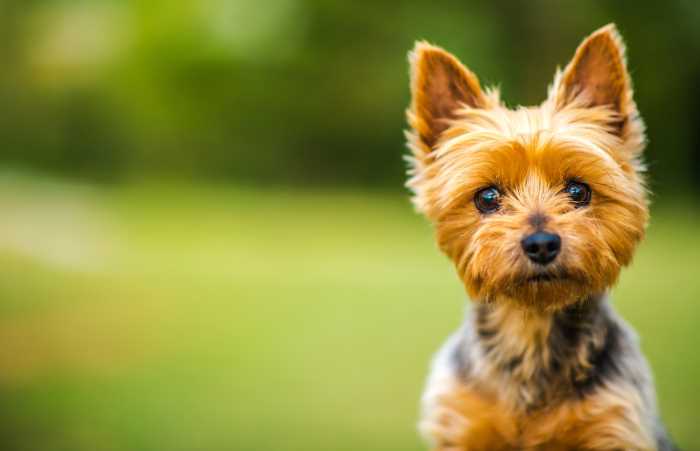 A Young Silky Terrier Puppy is looking directly into the camera. 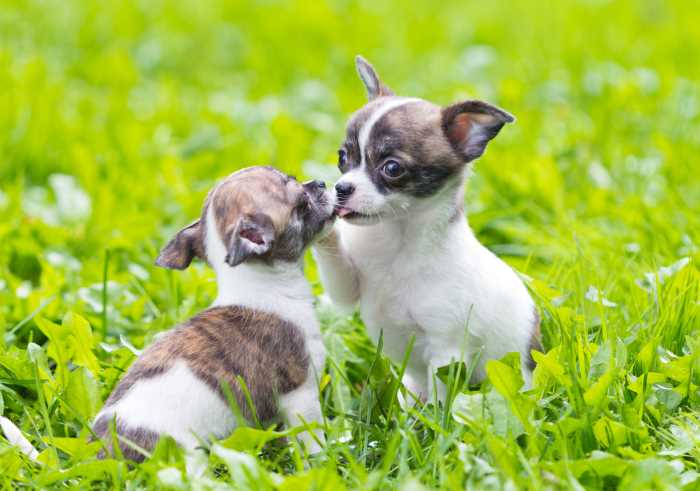 Two eight-week-old Chihuahua puppies are playing in the grass. 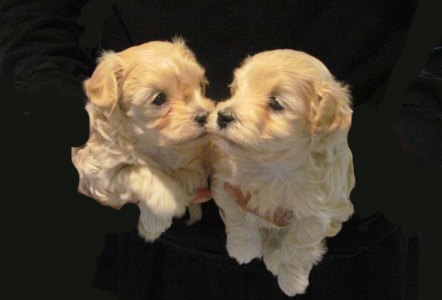 Two Malti Poo brothers are checking each other out. 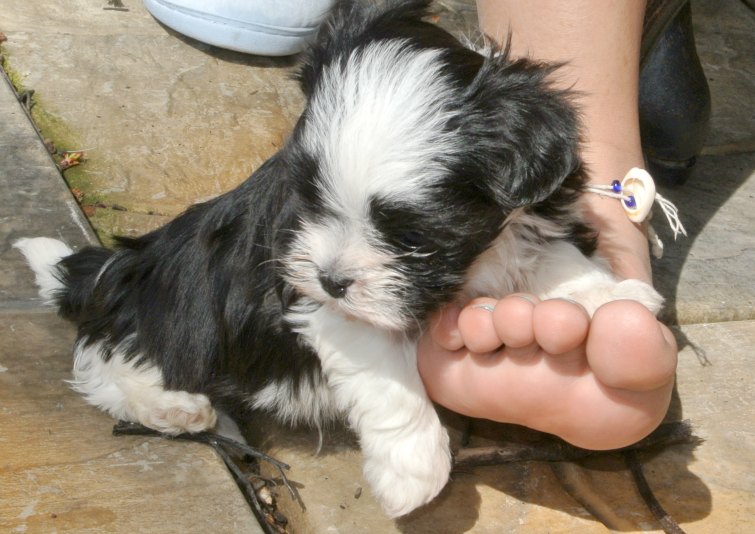 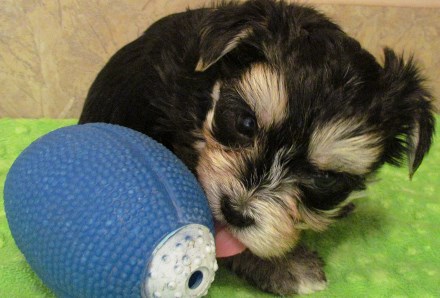 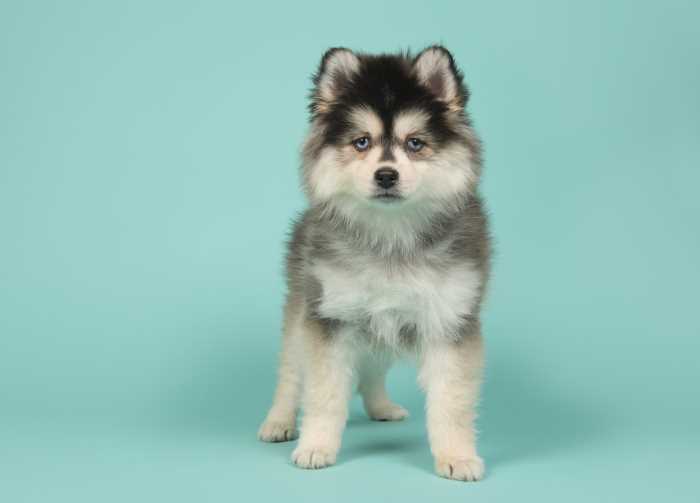 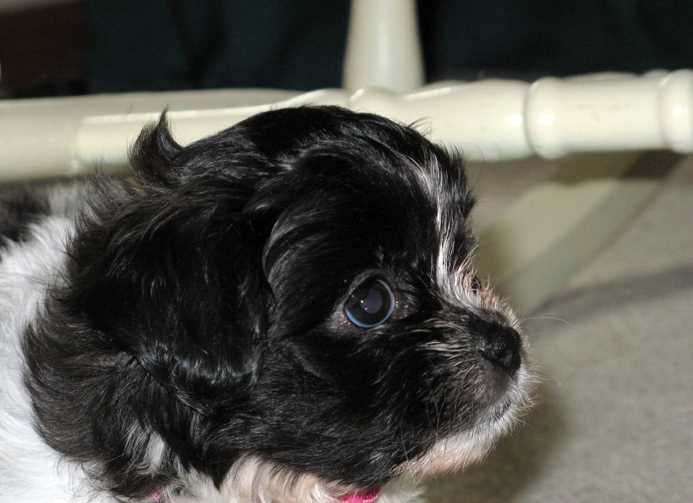 What is the Difference Between a Teacup Puppy and a Runt?

Since there is no veterinary medical definition of either, we must rely on what is generally accepted by laypeople.  We've already established that teacup puppies are smaller than the breed standard and sometimes much smaller.

A runt puppy is generally considered to be smaller than its siblings.  Sometimes there can be one or more runts and in other litters, most of the puppies are within a few ounces of each other in size.

A puppy buyer who doesn't visit the litter in person is not likely to know whether the puppy they are buying is coming from a litter of all smaller puppies or is the runt of the litter with larger siblings.

A runt may appear to be a teacup puppy, but in reality, a runt comes into this world at a disadvantage.  Even before birth, there is competition to find the most advantageous location within the uterus to implant. A poor place can mean that the puppy does not get the necessary nutrition even before they are born. It is thought that puppies that implant closest to the ovary have more nutrients than those that implant in the center.

After birth, these puppies may be weaker or sicker and have an even harder time competing for mama's milk and warmth.  The larger puppies in the litter are stronger and have less difficult locating the warmest place or the teat with the most milk.

Many runts do not survive even with human intervention.  Those that do many have some of the same health problems that some teacup puppies have.

How Much does the Teacup Puppy Cost

Expect to pay higher than normal costs for a teacup puppy.  Depending on whether you work with a breeder or a broker, expect to pay upwards of $3000 and often more for these smaller sized dogs.  Commercial breeding facilities often produce many different hybrids such as the ones listed above (Morkies, Teddy Bears, Pomskys, Yorkie Poos, Malshis, and Maltipoos).

These facilities will sell their puppies to Pet Stores either directly or through a broker.  Some of the most expensive teacup puppies are often found at pet stores for much more money than they are worth.

At the far end of the spectrum, Paris Hilton paid $13,000 for a Pomeranian weighing only 12 ounces.

How Long do Teacup Puppies Live

There is a wide chasm when it comes to opinions of the lifespans of teacup puppies.  One one end of the spectrum, it is true that small breed dogs live longer than their larger or giant cousins.  The American Kennel Club, for example, reports that the typical lifespan of a Yorkshire Terrier is 11-15 years whereas the Great Dane is expected to live 7 to 10 years,

If smaller means a longer life span, than it would be reasonable to assume that teacup puppies would have a long life span.  BUT, is it true?

Many tiny dogs do live a long healthy life, but not all and many of those whose life span is cut short die from issues that arise from their small size. I'll discuss health in just a moment.

There are no hard and fast rules for this question.  Some do stay small for their entire life but there are just as many that catch up to their normal weight with time.

If you chart the growth weight of puppies, you will see that low birth weight puppies do grow more slowly than their litter mates.

This is typical across breeds for the runt who was small at birth and remained small.  But the opposite can also be stated for runt puppies.

Once given the right nutrition that runts may not have received in utero due to their position within the uterine horns, they catch up and often weigh more than their litter mates upon maturity.

The best way to determine whether your teacup puppy will remain small is to observe the parents and grandparents of the puppy.  Of course, this is normally impossible if you are purchasing a puppy from a pet store or sight unseen over the internet.

Pros and Cons of Teacup Puppies

Pros of Owning a Teacup Puppy

Cons of Owning a Teacup Pup

How to Avoid Scams

Just because a puppy is advertised as a teacup puppy doesn't mean it is a scam.  However, some scammers use cute pictures of puppies to lure in unsuspecting buyers who will send money and never receive a puppy.

There are plenty of small size puppies available for sale or adoption that are quite healthy, but not all.  It is very important to research the breed you are considering and find out what typical health problems can arise even in normal size puppies. Ask yourself

If you have thought through your decision and have decided that a teacup puppy is right for you.  Research breeders, interview and visit them before purchasing a puppy.