Dog Names from Movies: For Your Little Leading Man or Lady

A perfect name for your little canine celebrity

Everyone thinks their dog is good enough to be in pictures. So how is that some dogs become stars that the world can admire (or hate) and others remain stars only to their admiring humans?

Like most would-be actors, they happen to be in the right place at the right time.  More important, they are trainable by special dog trainers.

Some are from prestigious kennels, but even more are rescue dogs found at shelters and human societies.  So if you want your dog to be in pictures, consider a training program. 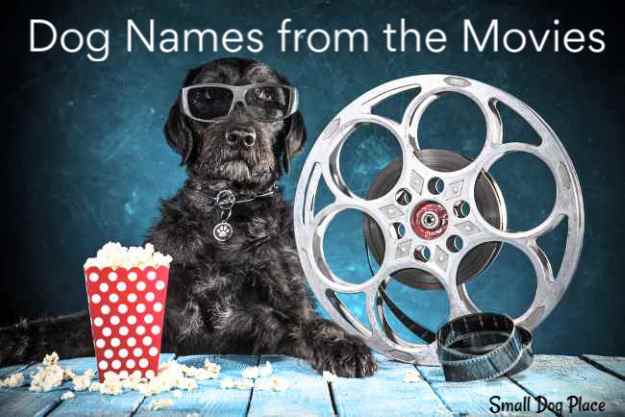 But, all dogs need a name before they can begin a training program, so feel free to skip the training and go straight to Dog Names from Movies

These movies all feature dogs, either as main characters or in supporting roles, but not all are suitable for children.  Parents, always check out movies before allowing your children to view. 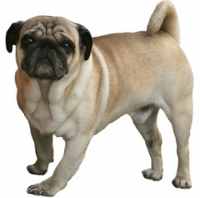 Can You Think of a Movie Where a Pug was Featured?

Dog Names from Movies A to Z

Balto:  A wolf-hybrid that starred in the 1995 movie by the same name.

Beethoven:  An adopted puppy that grows into a large St. Bernard.  In the 1992 film by the same name.

Benji:  A stray dog played by Higgins saves 2 children from being kidnapped in the 1974 film by the same name.

Bingo:  A runaway circus dog in the 1991 movie by the same name.

Bolt:  a white shepherd in the computer animated 2008 movie by the same name

Bombón: in the Argentine-Spanish 2004 movie, "El Perro and Bombón: The Dog."

Bruiser:  The chihuahua in the 2001 comedy movie, "Legally Blond."

Chance: The American Bulldog in the 1993 movie, "Homeward Bound," a remake of the 1963 movie, "Incredible Journey."

Brandy (aka "Sayuri")  a great name even for a small dog.

Chiffon:  The Old English Sheepdog, in the 1959 black and white movie, "The Shaggy Dog."

Cujo:  A rabid St. Bernard traps a woman and her son at a deserted farm in the 1983 thriller.

Einstein:  (Also known as Einie) was Doc Brown’s dog, in the "Back to the Future" movies.  It is uncertain what type of breed it was—some say mixed breed, others say a type of sheepdog, Briard, or Berger Picard.

Frank the Pug: The fast talking Pug-like alien in the 1997 science fiction comedy, "Men in Black."

Hercules:  An English Mastiff in the movie, "Hercules Saves Christmas," a 2012 children’s movie.

Hooch:  A junkyard dog (French Mastiff) who witnessed a murder in the 1989 movie, "Turner and Hooch."

Lassie:  No need to introduce Lassie, other than to say that he/she was a rough-coated collie.

Marley:  A yellow Labrador Retriever, from the 2008 movie, "Marley and Me."

Mike:  Border Collie in the 1986 American Comedy, "Down and Out in Beverly Hills."

Moses:  The Chihuahua in the 2004 American comedy, "Meet The Fockers."

Oddball:   The Maremma sheepdog. in the 2016 movie with the same name.

Old Yeller:  The sad 1957 Disney movie about Old Yeller who becomes infected with rabies and has to be shot by his owner.  He was played by a Black Mouth Cur dog.

Otis:  The Pug from the movie, "The Adventures of Milo and Otis."

Red:  in the movie by the same name

Reno: the Briard from “Top Dog."

Sadie:  The Border collie in the movie, "The Conjuring."

Shadow:  The Golden Retriever in the movie, "Homeward Bound."

Shiloh: the Beagle in the 1996 children’s movie by the same name

Slink:  The Dachshund in "Toy Story"

Sounder:  A dog owned by a sharecropper in post depression Louisiana.  In the 1972 movie by the same name.

Spitz: Husky is the original lead dog of Buck's dogsled team in "Call of the Wild."

Thor:  The German Shepherd Dog in the movie, "Bad Moon."

Toto:  A Cairn Terrier in the movie, "The Wizard of Oz."

Uggie:  From the movie, "The Artist."

Underdog:  The Beagle in the movie by the same name.

Verdell:  A Brussels Griffon in the movie, "As Good as it Gets."

Winn-Dixie:  in the movie, "Because of Winn Dixie."

Most of these movies are available through Amazon Prime.  Click below for more information.

More Dog Names from Movies for you to Consider:

In the 2002 American comedy:  "Snow Dogs" there were eight canine stars:

In the movie "Hotel for Dogs," there were too many dogs to mention.  Here are just a few names that I was able to recall:

Ch. Quiet Creek's Stand By Me - Hubert the Bloodhound

Ch. Exxel Dezi Duz It With Pizaz - Rhapsody in White the Standard Poodle

From the 2008 movie, "Beverly Hills Chihuahua," we get the dog names:

Have More Dog Names from Movies to Add?

I'm sure I've forgotten plenty.  Why not help and share your knowledge.  If you know of a name or names that I have forgotten, please let us know using the form below.

Please be sure to include the dog's name and the movie that he/she was featured in.  Your name and location would also be helpful so we can give credit where credit is due.