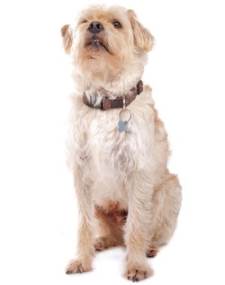 If the ultimate shaggy dog is what you want, then the Dutch Smoushond is just right for you.

Originally bred in the 1800s to rid stables of mice and rats, the Dutch Ratter or Hollandse Smoushond as it is also called is a companion dog today.

If you think these dogs look like yellow schnauzers, you would not be far off.  It is uncertain what breeds were involved in creating this remarkable breed, but Schnauzers is a definite possibility.

Very loyal and bonded to their family, these dogs are less outwardly friendly to strangers.  They make excellent watch dogs because they are very alert, tend to bark, and wary of anyone they do not know.

Considered to be related to the Schnauzer, they are exceedingly rare outside of their home country of The Netherlands.

So unless you are a Dutch citizen, you might have a very difficult time finding one of these charming dogs for yourself.

Quick Facts About the Dutch Smoushond

Colors: Yellow in all shades:  Preferably a dark straw color

Country of Origin:  The Netherlands

Good with other Pets:  Yes 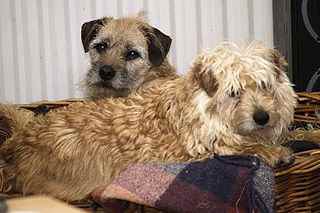 Like many breeds, the exact origin of the breed is obscure.

It is thought that they are related to German Schnauzers.

Once very popular, they were called the “Gentlemen’s breed”  and used as ratters in the 1800s in their native country, The Netherlands.

There are two theories as to how these dogs got their name.  Some people believe that they received the name, “Smous” because many people who owned these dogs were Jewish.  The term Smous, is a term of abuse for Jews.

Others believe that the word Smous was derived from the dog’s moustache and beard.  The dutch name for this is Smousbaard.

They became nearly or entirely extinct during World War II.  It wasn’t until 1973 that several breeders attempted to recreate the breed with a few of the remaining dogs.  By this time, those remaining does have been crossed with other breeds.

Two Dutch ladies, Mrs. Mia van Woerden and Mrs. Riek Barkman-van traveled around the country looking for good samples of what they believed the Smoushound to be.

Their first litter was born in 1972;  the father of this litter was discovered in an animal shelter!  They kept good records and slowly began to develop a breed that had a good bite and was the appropriately color of yellow.  They also incorporated Border Terriers to help improve the coat texture.

Although popular in the Netherlands, the breed is not well known elsewhere in the world. It was recognized in 2001 by the Fédération Cynologique Internationale and placed in Group 2, Section 1, Pinscher and Schnauzer.

These dogs are charming, friendly, playful, and adaptable, which means they will feel comfortable in the country or an urban setting.

They tend to bark so they may not be the perfect apartment dog unless you have trained them from a very early age.

Totally devoted to their family, they prefer to be close and may suffer from separation anxiety if left for extended periods of time.  They are affectionate and loving, which makes them a popular choice of pet in their country of origin.

They do exceptionally well with children who understand how to relate to a dog, but no dog should be subjected to insensitive children who do not know how to handle dogs gently.  They also do well with other family pets including cats if raised together.

Early socialization is necessary especially if the puppy is shy or timid.  They are naturally aloof around strangers, but should be friendly around family members and those they know well.

They are considered to be very smart and respond quickly to training.  Training methods that work best with this breed tend to be positive and reward driven.  Like other terriers, they prefer to be in charge so they will need a firm, consistent but gentle pack leader.

The Dutch Smoushond is a terrier and as such expect them to have a high energy level.  They need several daily walks or some rigorous play. They do well in agility and they also love water!

This is not the breed for a couch potato.  Lack of exercise will cause behavioral problems such as excessive barking. 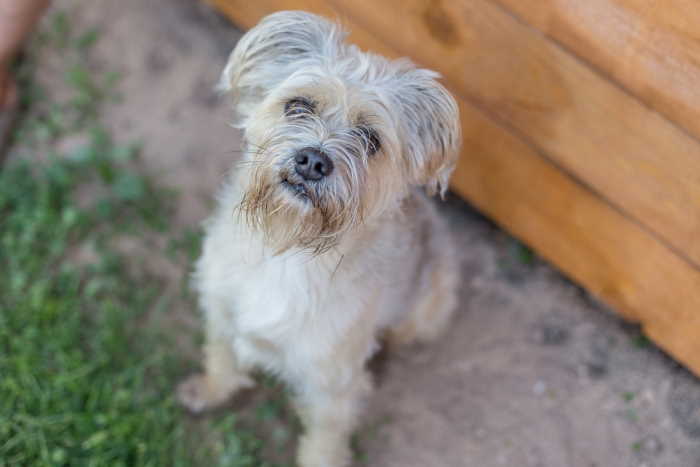 If you like that shaggy dog appearance, be aware that it does come with some maintenance.  They do shed but are not considered to be heavy shedders.

According to the breed standard, their coat should be coarse, rugged, hard, straight but never wavy or woolly.  There should also be a decent undercoat and the coat should ideally be a dark straw yellow.

Hand plucking the coat is also recommended for better growth.  This procedure is similar to that used on most wire-haired terriers and can be learned and done at home.  If not, professional groomers can do the job for you.

Other than that, nails need to be kept short and teeth brushed.  This breed has a water-proof coat so it is not necessary to bathe often.

It just means that the gene pool is small and Breeders have been very careful.  Their life expectancy is 13 to 15 years.

Pros and Cons of the DutchSmoushond 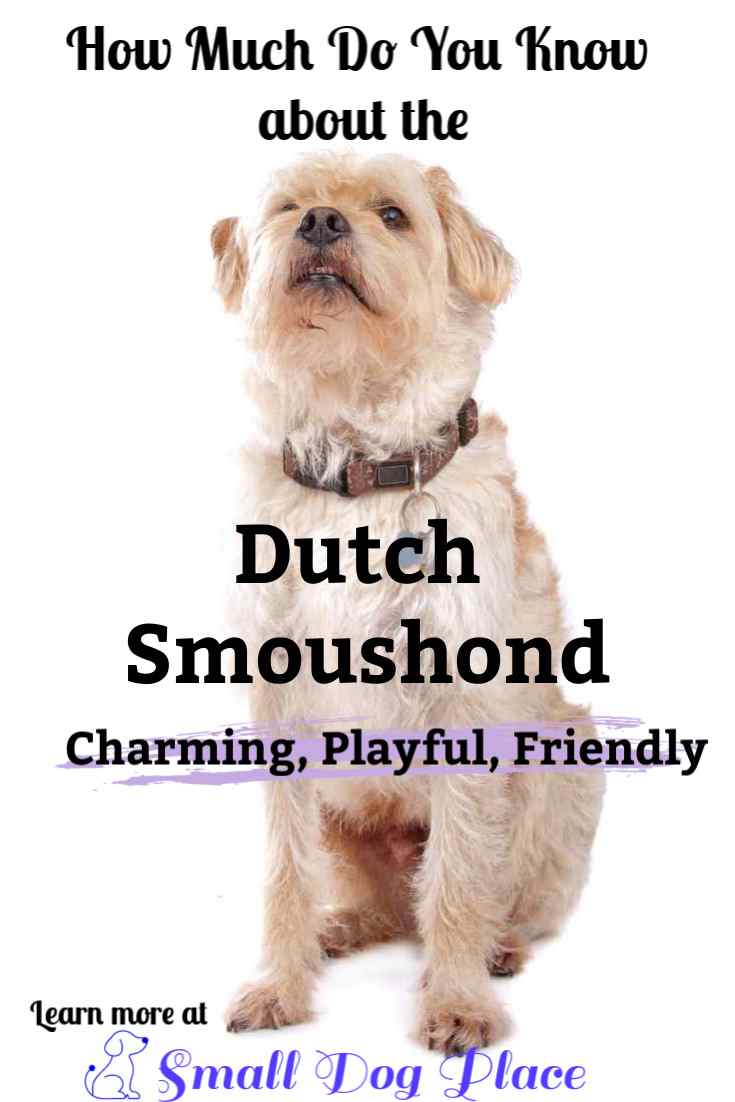 There are no English language breed club websites at the time of this writing.