Is the Japanese Chin Right For You?

The Japanese Chin is often described as an affectionate, sweet and playful breed.

Often referred to as “Chin” for short, these dogs have also been described as a "feline" dog breed.  I will explain oddity shortly. The singular and plural of the Japanese Chin is the same.

While lively and playful, the Chin does not need much in the way of exercise.  Most of their requirements can be met by following you around the house. They do enjoy a daily short walk and play session with their favorite human. 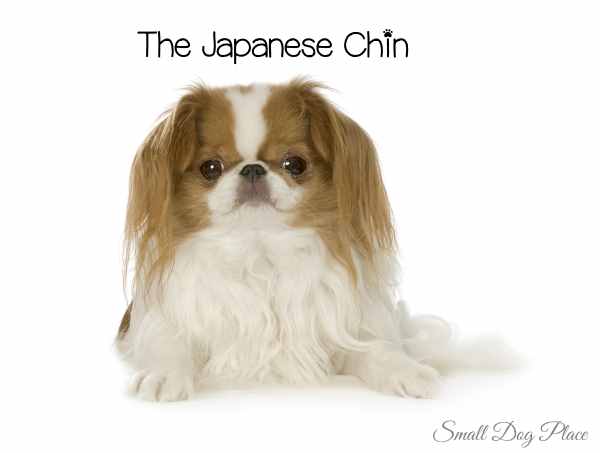 They like the great outdoors but are very sensitive to temperature extremes.  They fare better in cooler climates but do not do well in heat and humid conditions. This is not a breed to be left outside.

Some are finicky about rain and snow so if you have one of these, paper training is a must.  They make great apartment pets and are a good choice for seniors.

If you’re looking for a dog to hunt, guard, pull or carry things, this is not the breed for you.  From early antiquity, these dogs were bred to be companions and that is what they do best.

Most Chins are quiet which is a great big plus for those who do not like yappy dogs. They will bark to let their owners know that someone has arrived at the door.

Their hair coat is straight and silky and tends to stand out from the body, especially around the neck, shoulders, and chest.  Their tail is high set and carried over their back with a massive plumb of hair.

Don’t expect your puppy to have a full thick coat as sometimes it takes 2 or 3 years for the coat to fully develop.  Oh, and did I mention, the Chin sheds?

The breed standard describes their appearance as having a “distinctive Oriental Expression.”

By this, they are referring to their large flat head and big dark eyes. 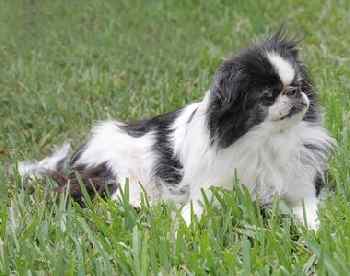 Weight:  The standard does not specify weight but usually 4 pounds to 9 pounds

and black & white with tan points (also referred to as tri colored).

Good with Children:  Older Children only

Good with other pets:  Yes, but must be dogs of similar size 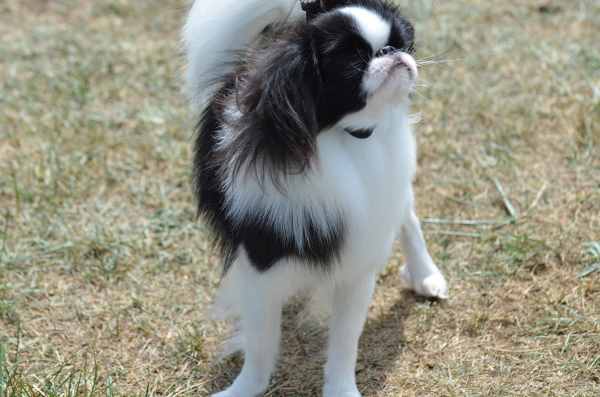 The Japanese Chin is a breed with roots deep in the royalty of both the Chinese and Japanese Courts. Most experts agree that this breed began in China and migrated to Japan with Buddhist Monks.

It is also believed that Buddhist Monks had some involvement in breeding these dogs.

In antiquity, the dogs were bred to be small so they could be carried or fitted inside the sleeves of a Noble lady’s kimono.  It has been suggested that they were even kept in cages like birds!

Especially For the Japanese Chin Lover

Buy for yourself.  Buy for a Friend.  There are many great ideas for dog lovers on Amazon.

In 1853  a pair of these dogs were given to the British Queen Alexandra.  She received these dogs as a gift after marrying into the British Royal family in 1863.  She became devoted to the breed and was said to have popularized it both in England and in Europe.

Known then as the Japanese Spaniel, it became popular in America where it was registered with the AKC. In 1964 they were honored as one of Japan's national symbols.

The AKC changed the name in 1977. Today the Japanese Chin has a small following in the United States but remains adored in Japan. 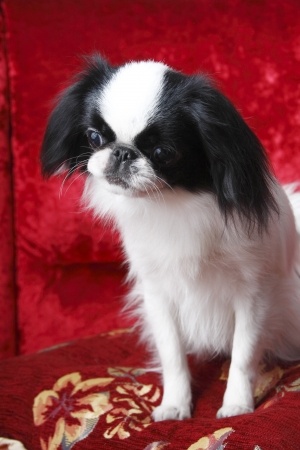 The Chin is very intelligent and eager to please so training is usually easier with a Japanese Chin.

They are affectionate, mild-mannered and love to keep your lap toasty warm.  Socialization is important and makes training much easier for this breed.  This is especially important if you don’t want your Chin to be too reserved with strangers.

Some Japanese Chin owners contend that their dogs are adept at sensing their moods.  Others have argued that they have an uncanny ability to mimic the family’s moods.

Another unusual characteristic of the breed is their tendency to be cat-like. Expect to find your Chin perched on the back of your sofa, or grooming himself as if he were a cat.  A few licks to the paws then a few paw rubs to the face,  your dog has turned into a cat.     Hairballs anyone! 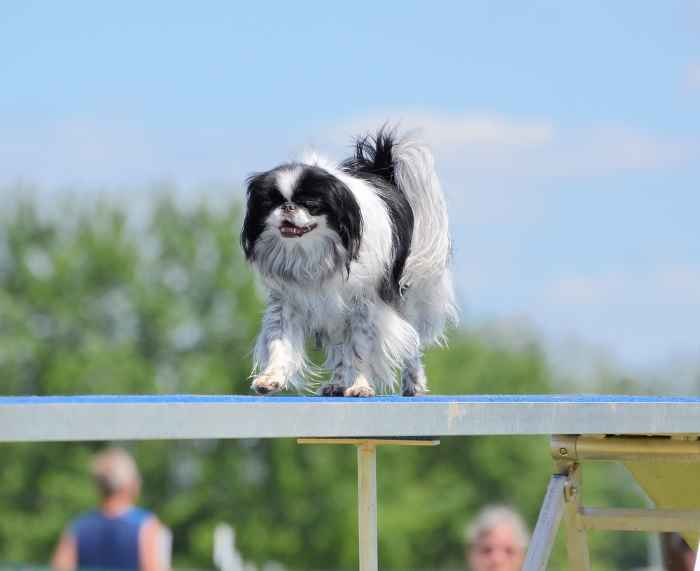 This Japanese Chin is participating in an agility event.

The Chin has plenty of self-confidence and tends to decide for himself who will be a friend and who will be a foe. He is also very capable of letting his owner know what he needs.

The old saying that “I’m owned by my dog” couldn’t be truer for a Japanese Chin parent.

His self-confidence comes out in his clownish behaviors.  The breed simply loves to perform whether it whether it’s dancing around on hind legs or singing.  Yes, singing—they have a rather distinct vocalization called a snizzle or snort.  It’s is actually a reverse sneeze due to their face structure. 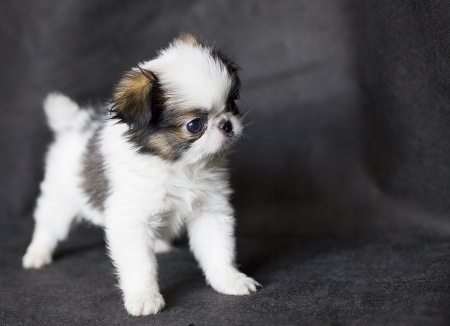 Your Chin will not have an adult coat until he is more than a year old.  While the puppy grows and matures, the coat fluctuates.  During their teenage stage (around 7 to 9 months old) they can be almost naked.

They may have a long coat, but they do not fall into the category of “high maintenance grooming.” Japanese Chins still need regular grooming to keep their gorgeous coat looking top notch.

Brushing and combing should be done about twice a week,  A good bath with a high-quality shampoo and conditioner is recommended every few weeks.

As with other long-haired breeds, there are areas of concern that need to be addressed daily.

Some of these include excrement sticking to hair, mats behind the ears, and ears and eyes checked for debris or problems.

Since they have a rather protruding eye, it is important to protect them by daily checks.  So, a daily once-over will usually catch anything.

Nails need to be clipped as they grow fast.    It’s always advisable to brush their teeth to keep the amount of tartar under control.

An easy way to clean dog teeth is to add baking soda to a damp gauze pad and use friction to rub their teeth.  The hair between the toe pads also needs to be clipped.   Ears should be cleaned of built-up earwax using a good quality dog ear cleaner.

The Japanese Chin is a healthy breed living 10-12 years on average and up to 15 years.  The majority of problems seen in the Chin are common to many small dogs.

Any dog is susceptible to infectious diseases such as Parvo and Distemper and parasites both internal and external do not discriminate by breed.  The following are heritable diseases have been identified in the breed.

Do not let the list frighten you, though because while they are potential problems, the chances of any one of them plaguing your puppy are rare.

The best way to assure that you will have a healthy puppy is to purchase directly from a reputable breeder.

Among the most common are:

There are many things you can do to keep your dog healthy and these include feeding a high quality diet, regular veterinary care including vaccines and heartworm testing.  Heartworm preventative

is highly recommended as well as periodic worming for intestinal worms. Even though the Chin does not need too much exercise, a walk around the block daily will keep him in tip-top shape. 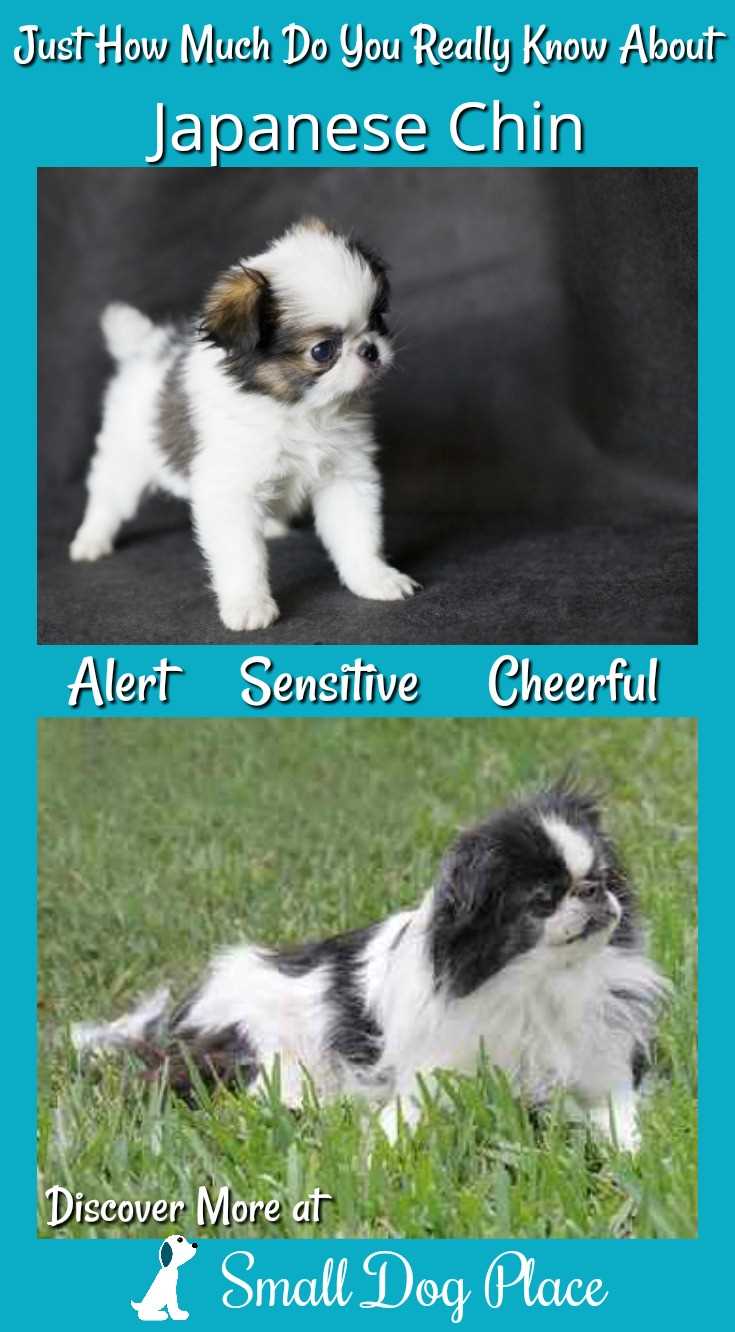 Similar Breeds to Check Out 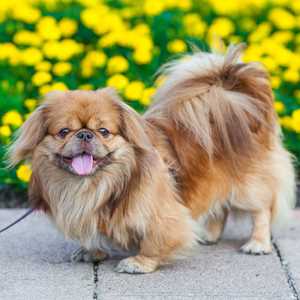 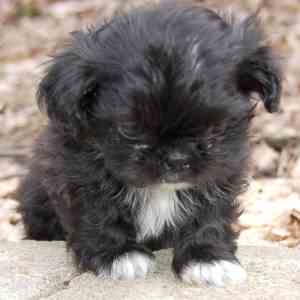 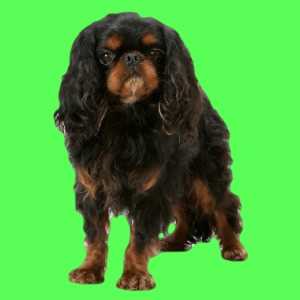