If you adore the culture, travel extensively, or are passionate about Asian food, you may think that Japanese dog names would be perfect for your new pup.

More likely, you’ve fallen in love with a Japanese dog breed such as a Shiba Inu or Japanese Chin, and are aspiring to find just that perfect name that will define your little furball darling. We won’t disappoint, but first, what breeds actually originated in Japan?

Think you're an expert on Japanese dog breeds?

Japan is known for its spitz-type dogs that have ancient origins.  "Spitz" type dogs, means they tend to have thick fur, pointed ears, and muzzles. Their tails are heavily plumed, curled, and held over their backs.

Most are larger dogs that won’t be featured on this small breed website, with a couple of exceptions. Many of the native dog breeds in Japan get their names from the region where they originated.

For example, the Hokkaido-Inu is from Hokkaido. The Shikoku-Inu is from Shikoku.  You’ll find that some Japanese dog breeds end with Inu and others, ken.  Both mean dogs.

Many of the native Japanese dog breeds are extremely rare, even in Japan.  Others, such as the Shiba Inu, are viral, thanks to Kabosu, a top-rated and famous Internet dog.  Other breeds may not have originated in Japan but were introduced and later developed there, such as the Japanese Chin.

The original Japanese dog breeds share many of the same temperament traits, including loyalty, bravery, and cautiousness. Most are affectionate, intelligent, and relatively easy to train.  If you have a Japanese breed puppy, consider our suggestions for Japanese dog names. 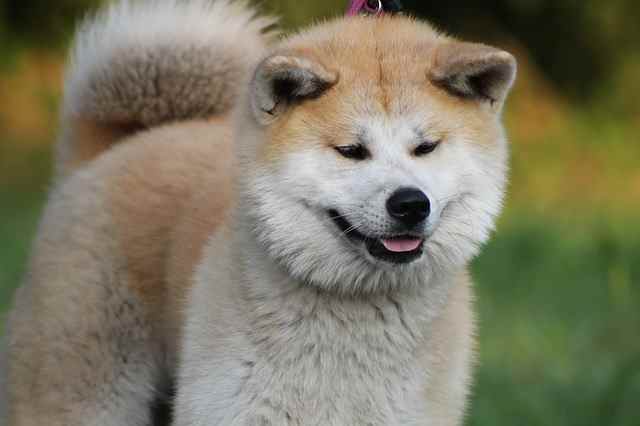 The Akita is a highly regarded dog breed originating from the northern region of Japan. Specifically, from Akita.  Some people think they are just a larger version of the Shiba Inu, but there are more differences than simple appearance.

There are two varieties of the Akita, the Japanese Akita Inu, and the American Akita.  Both are considered two separate breeds except in Canada and the U.S.

Probably the most famous Akita Inu was Hachikō, a Japanese Akita owned by a professor at the Tokyo Imperial University.  Every day, Hachikō would meet his owner at the Shibuya Station after work.  He continued to do this faithfully even after his owner had died of a cerebral hemorrhage at work one day.

As the story goes, each day, for the next nine years, this dog, Hachikō, awaited Ueno's return, appearing precisely when the train was due at the station.

These dogs can be independent and wary of strangers.  They may not do well with other dogs, especially those of the same gender.  If you are considering one of these dogs, expect to pay top dollars and spend a considerable amount of time training and socializing.  This would not be a good choice for first-time dog owners. 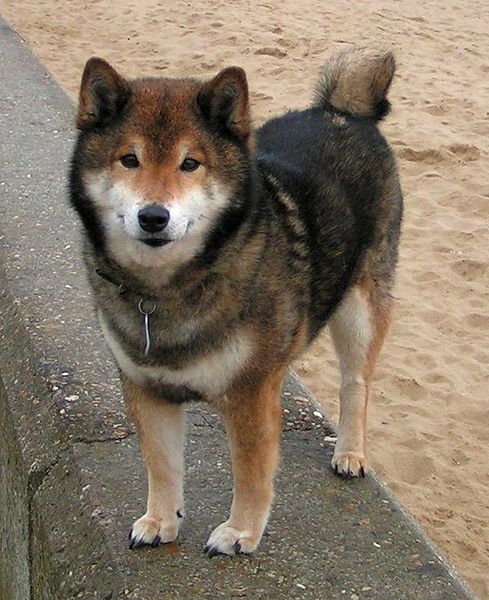 Of all the Japanese dog breeds, the Shiba Inu is the most popular worldwide.  They may look like the Akita or Hokkaido in photographs, but they are actually much smaller.  Still, they were bred and developed to hunt like other Japanese Breeds, but their prey was smaller.

In Japanese, “Shiba” means “brushwood,” which is a shrub that turns red/brown during Autumn – a color similar to their coat color.   They seem to get along better with cats than other dogs and may not be the right choice for families with young children.  They, too, will need early socialization and training but have agreeable personalities.  They are considered average in intelligence, but because they are also stubborn, training may not always go smoothly.

One remarkable trait that these dogs share is what you might hear as the Shiba Scream.  You’ll be likely to listen to this unusual vocalization, whether they are stressed or delighted. 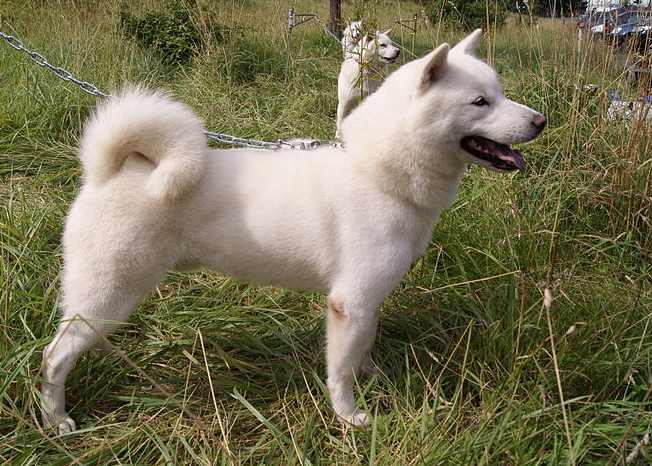 The Hokkaido Inu, also called the Dō-ken, Ainu-ken, Seta, Ainu dog, Hokkaido-Ken, is native to the most northern island, also called Hokkaido and may go by the names Ainu Ken, Seta, and Ainu dog.

Their coats are longer and thicker than other Japanese breeds to help protect them from the cold, harsh winters of the Hokkaido region.

Although larger than the Shiba Inu and smaller than the Akita Inu, these dogs were also used for hunting in the cold, snowy terrains of Northeast Japan. 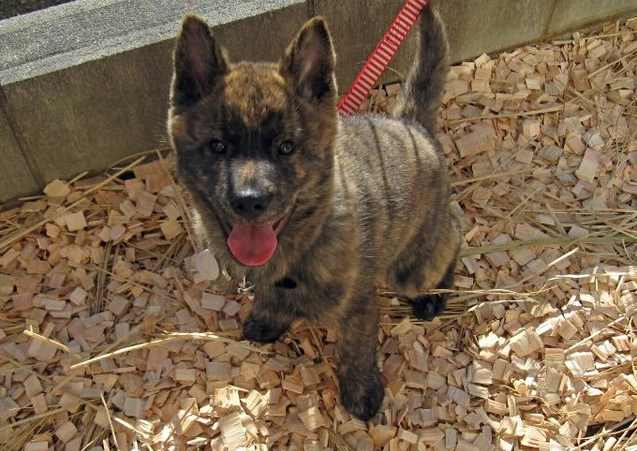 The Kai Ken is another rare breed even in Japan but considered to be a national treasure to its home and protected by the Nihon Ken Hozonkai (Nippo).

They were bred to hunt deer, boar, and even bears in the mountainous region of Yamanashi. They are a versatile breed with athletic abilities that include swimming, climbing trees, and of course, hunting.  You might find this breed represented in the Japanese anime and manga. 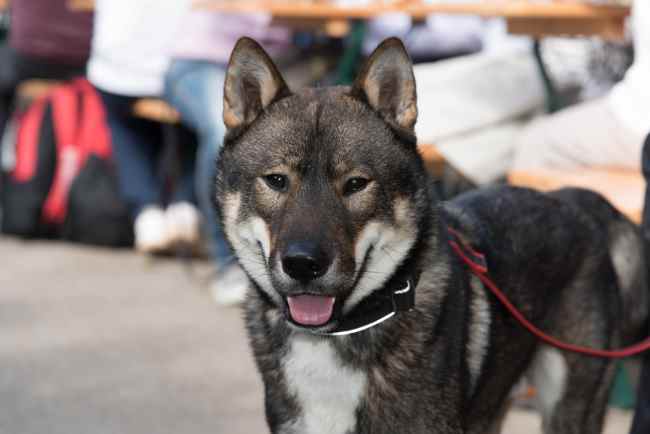 Another Spitz-type dog that was initially developed in the Shikoku region of southern Japan for hunting.  This is a mountainous region, so successful hunting dogs here needed to be fast, agile and able to endure long hunting treks.

The Kishu Ken or Inu is a very ancient breed and may have been bred in Japan for several thousands of years.   Wag Walking,

True to form, this breed gets its name because it originated in the Kishu region (Wakayama today), and like most of the other original Japanese breeds, the Kishu was used for hunting deer and boar. They are called the “silent hunter” of Japan because of their stealthy methods of hunting—always alert and light on their feet, they can sneak up on their prey before the prey is even aware of their presence. 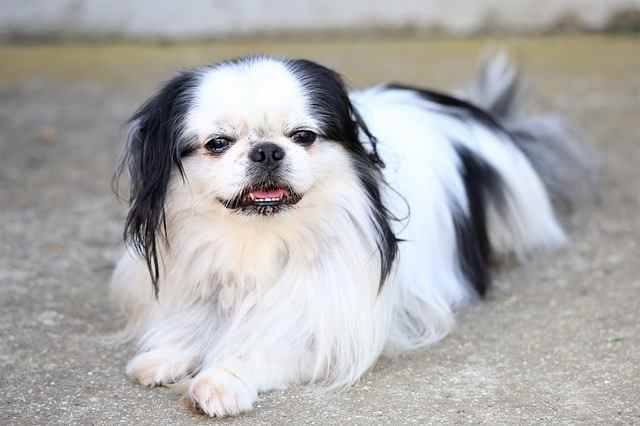 No one knows for sure where these dogs originated.  Some say China and others, Korea. As with other Asian breeds, these dogs could have been the product of Buddhist monks, Chinese emperors, or ancient merchants, but what is known is that the Japanese had a roll in perfecting the breed we recognize today.

They were likely crossed with other small spaniel type dogs until they reached the look of today.  It wasn’t until around 1854 that Japan first reopened trade after 200 years of isolation, thanks to Commodore Matthew Perry, who sailed into Uraga Harbor near Edo — now modern-day Tokyo.

After that, the Japanese Chin became a popular product and were imported into Britain and the United States.

Today, the Chin is likely the smallest of all the Japanese breeds weighing in between 7 and 10 pounds.  It is also the most cat-like.  The Japanese Chin is catlike in many ways.

Just like cats, the Japanese Chin likes to groom himself by licking his paws and wiping them on his face and head.  They also love to be perched high up, so expect to see one sitting on the back of a sofa or on a table.

People who have owned Chin say that they are so sensitive that their humans’ emotions tend to shape their own personalities.  This may be true of other small breeds as well.

For example, Chins in quiet homes tend to be quiet and reserved, whereas those raised in noisy, active homes won’t stay quiet or lazy for long. 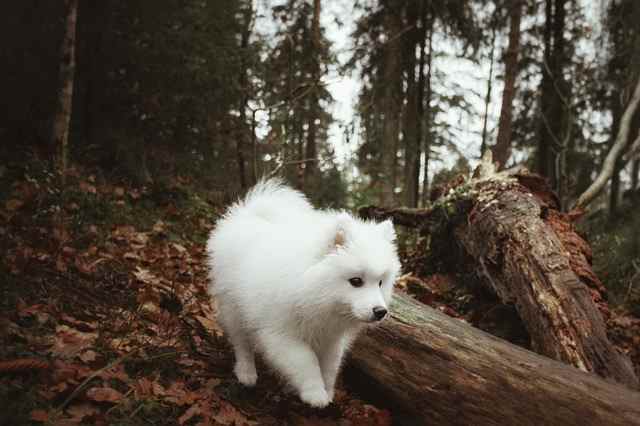 The Japanese Spitz looks very similar to the German Spitz and American Eskimo dog.  As a distinctively Spitz-type dog, they are eager to please, keen to entertain you, and ready to learn.

It is believed that these dogs were developed from white German Spitz dogs that were introduced into Japan around 1920 through Siberia and China.  As with most dog breeds, history is unknown because most breeding records were destroyed during WWII.

Unlike many of the traditional Japanese breeds, this dog is entirely a companion breed, preferring to be inside, warm, and near your side. Still, they are playful, energetic, and affectionate.  In April 2019, this breed was introduced into the American Kennel Club Foundation Stock Services. 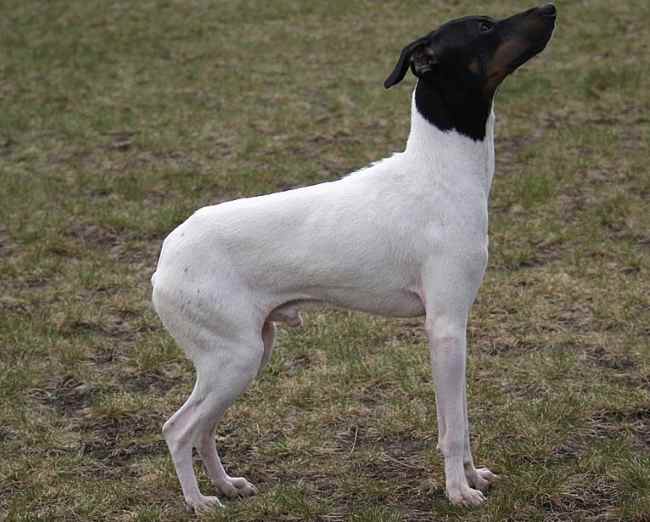 The Japanese Terrier is often referred to as the Nippon Terrier and is extremely rare even in Japan. The theory goes that the ancestors of this breed were brought to Japan by Dutch merchant ships and then crossed with fox terriers, pointers, and other indigenous Japanese dogs.

Much of their history is shrouded in mystery, so we may never know exactly how they came to be one of Japan’s smallest rare breeds. 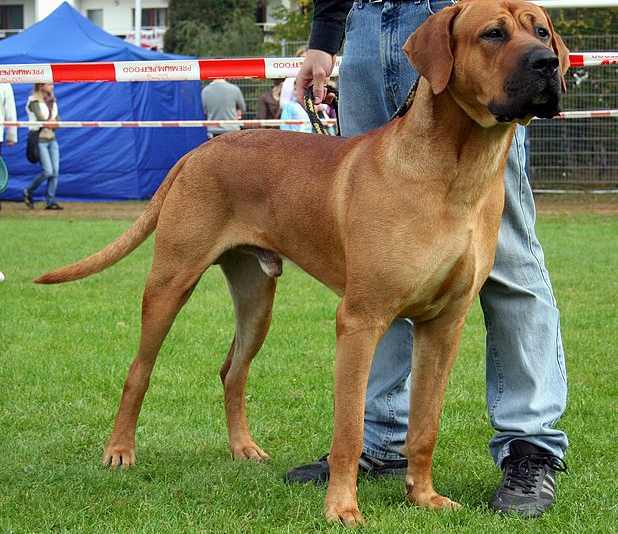 The Tosa Inu is another rare dog breed from the region of Tosa, Japan and is often referred to as the Japanese mastiff because of its colossal size.  They were initially bred to be fighting dogs but used today mainly as guard dogs.  The Tosa Inu was developed in the 19th century using the Shikoku Inu, English mastiff, Saint Bernard, English Bulldog, Great Dane, German Pointer, and Bull Terrier.

They can be found all over the world today, but those bred in Japan are much smaller than their cousins bred abroad.

Any of these native Japanese breeds would love love to have a Japanese Dog Name.

You can find the perfect Japanese Dog Names by look at the culture of Japan.  Visit place names, food and common words that most western English speaking people will recognize.  Or, find traditional boy and girl Japanese names along with their meanings from the lists below.

Japanese Dog Names Based on Places in Japan 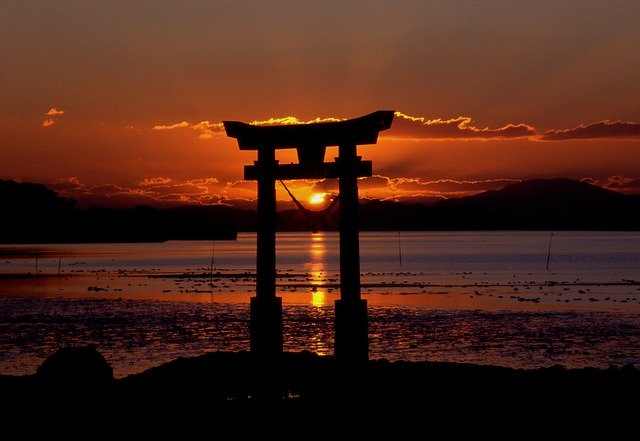 Fuji – another city in central Japan

Fushimi – a shrine in Kyoto.

Kawasaki – the city, located between Tokyo and Yokohama.

Kobe – the sixth-largest city in Japan

Kochi - the capital city of Kochi Prefecture, situated on the Kagami River

Osaka – one of Japan’s  largest cities

Tokyo – the capital of Japan

Japanese Dog Names Based on Japanese Food Everyone Can Relate To 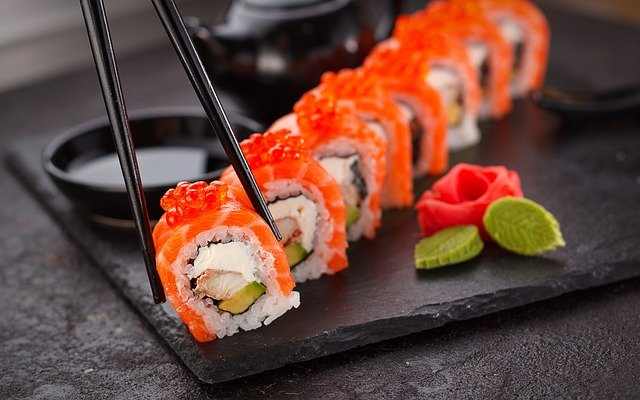 Japanese Dog Names Based on Food

Edamame - young soybeans served in the pod after blanching and salting

Natto - made by fermenting soybeans and smells similar to moldy cheese

Pocky - a type of biscuit snack popular with children.

Rice Cake - Not the best example, but a great name for a white dog.

Sesame - a common ingredient found in many Japanese dishes

Tofu - food made from soy milk that is thickened and pressed into white blocks, sometimes soft, and other times firm.

Chiyoko – child of a thousand generations

Hitomi – the pupil of the eye

Moriko – child of the forest

Tamiko – child of many beauties

Akemi – the beauty of dawn

Dai – Beloved and adored one

Haru – Born in the spring

Kisho – One who knows his own mind

Renjiro - an honest and upright man

Ringo – Apple; Peace be with you

Seiko - The force of truth

Yogi – one that practices Yoga 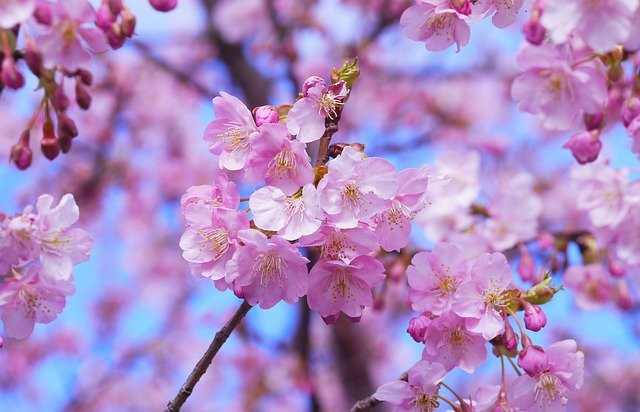 Cherry - as in the iconic Japanese cherry blossoms

Karate -a type of martial art

Koi - type or ornamental fish; great for an orange and white dog

Obi - wide belt tied in the back to secure a kimono

Origami - the art of folding paper into paper sculptures 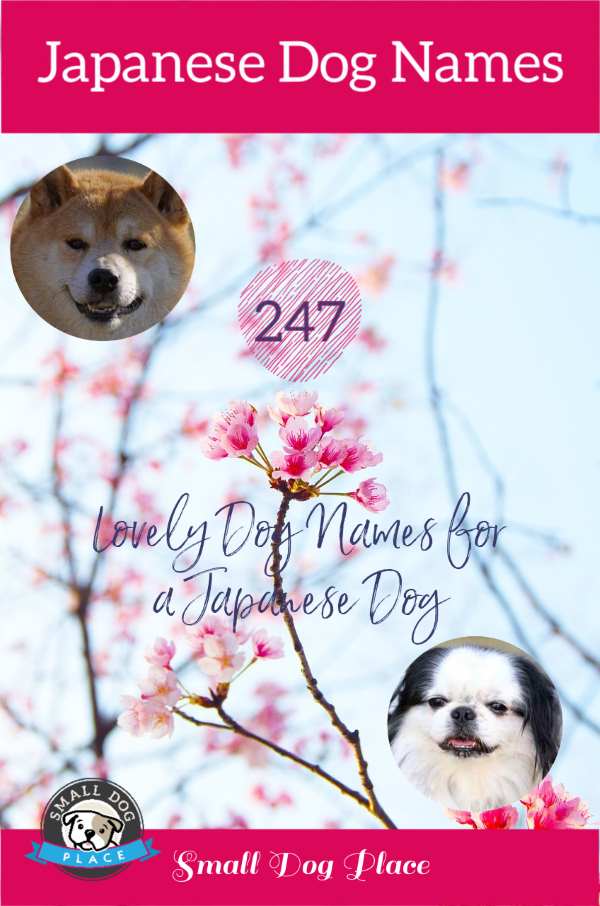 Find Japanese Dog Names Helpful, Check Out These Other Resources