Choosing unusual dog names for a new puppy or older dog can not only be fun, but can make a statement about you and your special dog.

Sometimes though, this is a really difficult decision.  The choices are endless.

What makes your special puppy unique?

Is it the color of the hair coat or markings that caught your attention? 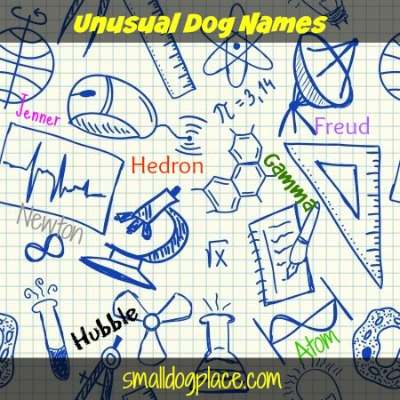 Is it some clever or cute behavior that made you fall in love?

Maybe it was the size of the pup?  Was he the runt? The Biggest?  The Boldest?  The risk taker? The smartest one in the litter?

However you answer these questions will help you make that all important decision.

Remember though, it must be something you can live with for the next 12 to 15 years and even more for some breeds.

Guidelines for Naming Your Dog

Unusual Dog Names Based on Color or Size

Sometimes the most endearing names describe the looks of our dogs.  Consider the name "Peanut" for a very tiny dog.  Alternately, you could name that same puppy, "Goliath."

Both send a message.  If you have a tiny dog, but want a great "BIG" dog name, you're not alone. Most small dog lovers will tell you that their small dog really thinks he's a big dog. AND, most have big personalities.

Many people will chose an unusual dog name based on color.  "Poppy" makes a good girl dog name and it is also a beautiful red flower, the perfect name for a red female puppy.

There are so many more ideas if you'd like to choose an unusual color name for you dog. 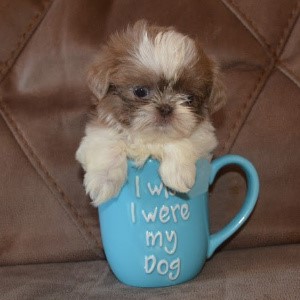 Have an exceptionally bright or clever dog?  He needs a name based on his extraordinary IQ.  How about a name from one of the science or math disciplines.  Take a look. 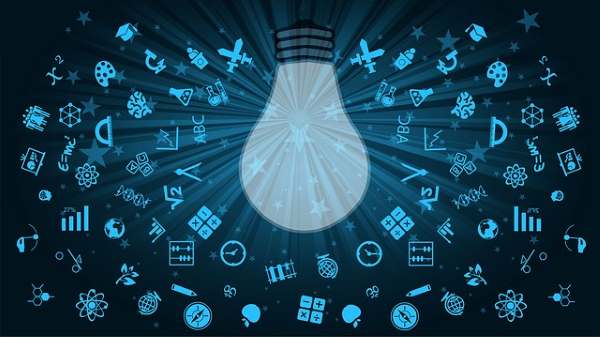 Unusual Dog Names Based on Science

Flare as in Solar Flare

Hippo, Short for Hippocampus, a small area of the brain thought to be the center for memory and emotions.

Unusual Dog Names Based on Famous Scientists and Mathematicians

There are many important scientists that should be added to this list.

To keep the list manageable and not sounding like a high school history lesson, I've only listed those that I think would make great unusual dog names.

If you want to suggest one, please use the form at the bottom of the page. 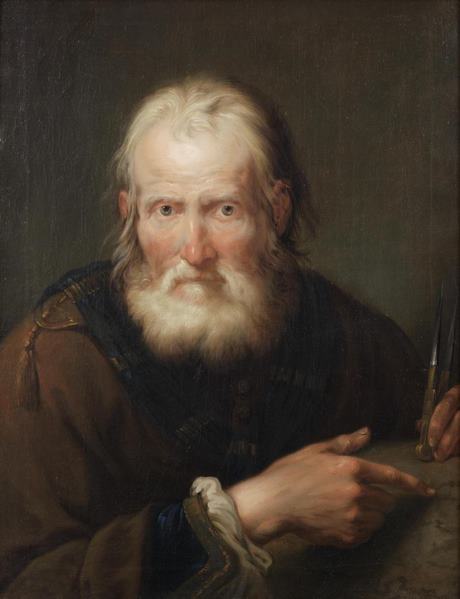 Cousteau:  Conservationist, filmmaker, photographer, studied the sea. (1910-1997). His first name, Jacques, would make a good choice for a French breed.

Dalton: English chemist, physicist, and meteorologist, known for his work with atomic theory.  (1766-1844)

Darwin:  English Naturalists and geologist know for his formation of the Theory of Evolution.  (1809 -1882)

Diesel:  Invented the compression combustion engine, which was named the Diesel engine after him. OK, so Diesel is not an unusual dog name in the 21st century.

Edison:  American Inventor of many things including the electric light, motion picture camera and phonograph.  (1847 -1931)

Einstein:   German theoretical physicist, who is widely regarded as one of the greatest minds of modern times. (1879 -1955)

Euclid:  Also known as Euclid of Alexandria:  He was a Greek Mathematician known as the "Father of Geometry" (325 BC - 265 BC)

Franklin:  We might think of Ben Franklin as a statesman, author, and inventor, but he is also remembered as the person that showed how electricity was a force of nature. Ben might work for a dog's name, too.

Freud:  Austrian neurologist, known as the "Father of Psychoanalysis" a method for treating mental disorders.  (1856 -1939)

Hubble:  American astronomer who played a role in establishing extragalactic astronomy. The Hubble Space Telescope was named after him.  (1889-1953)

Halley: An English astronomer, geophysicist, mathematician, meteorologist, and physicist who is best known for computing the orbit of a comet, now known as Halley's Comet.  (1656-1742)

Jenner: An English scientists, he is best know for his discovery of the Small Pox vaccine.  He is considered to be the "Father of Immunology"   (1749-1823)

Kepler:  German mathematician, astronomer, and astrologer. He is best known for his laws of planetary motion. (1571 to 1630)

Lovelace is considered to have written instructions for the first computer program in the mid-1800s.  Her first name, Ada, would make a good female dog name.

Mendel:  German speaking Friar and scientists that is considered to be the founder of modern genetics;  (1822-1884)

Newton: An English Mathematician and physicist who discovered the laws of gravity and motion among other things.  (1642-1726)

Pasteur:  French chemist and microbiologist best known for inventing the "germ theory"  that led to doctors washing their hands and treatment of milk pasteurization.(1822-1895)

Sagan: An American astronomer that is best remembered for his work on popularizing the field of astronomy to the public through TV shows and books.  (1934-1996)

Tesla:  A Serbian-American engineer and inventor, he is remembered for his development of the alternating current, his contribution to the field of  electromagnetism and wireless radio.  (1856-1943)

Watson: An American geneticist who is best known for his work in understanding the molecular nature of DNA.

Whitney:  Inventor of the cotton gin

Here's a list of our most popular dog names:

Do You Have some Unusual Dog Names You'd like to Add to This Page?

Please send me a quick note with your list of names, definitions if necessary and if it is a person, their nationality and when they lived.  To get credit for your contribution, please remember to leave your name and location.