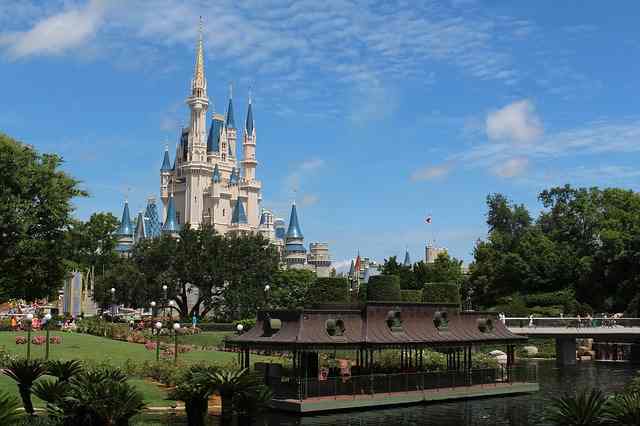 Who uses Disney Dog Names?  Apparently many people do, especially those that love Disney movies, have fond childhood memories of exploring Disneyland or Disney World, or people that are just, well, young at heart.

If you are a parent of young children, you have no doubt sat through hundreds upon thousands of videos, many that were produced by Disney.

I must confess that I’ve seen my fair share over the years too - Read Disney Books, Colored in Disney Coloring Books, Played Disney Games…. (You get the idea).

This page is all about Disney Dog Names for Girls.  If you want to check out the Disney Dog names for boys, you might find some more interesting names to consider.

So, it just seems logical that someone who loves the charm of a movie, television show, or book might want to consider a name for their new puppy based on a beloved Disney Character.

Not looking for a puppy name?  Go down memory lane as you reminisce over these movies, old and recent.  As you do, you just might just fine the perfect name for your puppy.

Oh, and by the way, just in case you’ve forgotten a name or two, we provide a clue to who’s who.

Can you name eleven Disney Princesses?

Scroll to the bottom to see the answer.

Any one of these Disney dog names would be a great choice for your favorite little Princess. 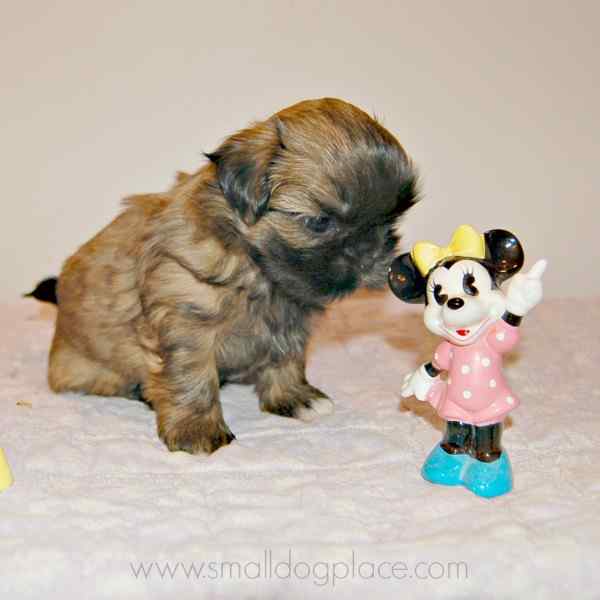 Disney Dog Names: Pick a Name Based on your Favorite Disney Character

All the Girl Disney Dogs

There are far fewer Disney girl dogs than the boys.  Here's a list of the female Disney dog characters.  Please email if you think of others.

Ali - a Chihuahua from Beverly Hills Chihuahua 2 and 3

Angel - Scamp's Girl Friend in Lady and the Tramp II

Annabelle an Angel from All Dogs Go to Heaven

Annette Daughter in the 101 Dalmatians

Bielle - in the movie, Alice in Wonderland

Collette - a puppy in the movie 101 Dalmatians

Danielle - one of the puppies in 101 Dalmatians

Dolly - Daughter of Beethoven and Misty

Duchess - from the movie, Snow Dogs

Georgette - the poodle from Oliver and Company

Heidi - from the Ugly Dachshund

Lady - the cocker spaniel in Lady and the Tramp

Lala - daughter of Chloe and Papi on Beverly Hills Chihuahua 2

Missy - St. Bernard who is Beethoven's Girlfriend in Beethoven

Nana - the newfoundland in Peter Pan

Nikki - Alaskan Malamute from Nikki, Wild Dog of the North

Peg - a pekingese in Lady and the Tramp

Penny - one of the 101 Dalmatian Puppies

Perdita - the mother in 101 Dalmatians

Rita - a Saluki  in Oliver and Company

Rose - Granny in the Fox and the Hound II

Stella - the dog in The Princess and the Frog

Wilhelmina - from The Ugly Dachshund

Adella – The sister of Ariel in the movie, “The Little Mermaid”

Alice – The main character in “Alice in Wonderland”

Amelia – The Goose in the movie, The Aristocats”

Anna – The younger sister of the Snow Queen, Elsa in “Frozen”

Atta – The princess and later queen in the movie, “A Bug’s Life

Aurora – The name of the Princess in “Sleeping Beauty”

Babette - "Beauty and the Beast

Belle – The Beauty in “Beauty and the Beast”

Catty - A gossiping elephant from "Dumbo"

Celia Mae– A monster from the movie, “Monsters, Inc.”

Charlotte "The Princess and the Frog"

Claire - a Monster student at the university. "Monsters University"

Clarabell - Girlfriend of Horace Horsecollar in Mickey and Friends

Cleo – The Goldfish featured in Pinocchio

Colette – The female chef on “Ratatouille”

Dani – The eight year old in the movie, “Hocus Pocus”

Dory – The fish from “Finding Nemo”

Dot – Atta’s younger sister in the movie, “A Bug’s Life”

Ellie – The deceased wife of Carl, from the movie, “Up”

Elsa – Also known as the Snow Queen from “Frozen”

Eudora - Tiana's mother in the Princess and the Frog

Faline – The doe that Bambi loves in the movie, “Bambi”

Fauna - The good fairy dressed in green in the movie, “Sleeping Beauty”

Frou-Frou – The horse in the movie, “The Aristocats”

Giselle – The Disney Princess in the movie, “Enchanted”

Gothel (Mother) The witch in the film, "Tangled"

Jane – From the movie, “Tarzan”

Jasmine - The Princess in “Aladdin”

Jesse – The cowgirl from the movie, “Toy Story 2”

Juju - pet snake in "The Princess and the Frog"

Lilo – The little Hawaiian girl in “Lilo and Stitch”

Lily as in Tiger Lily from Peter Pan

Lottie - Tiana's best friend in the Princess and the Frog

Marian (as in Maid Marian) wife of "Robin Hood" in the movie by the same name.

Marie – A spoiled kitten from the movie, “The Aristocats”

Maudie - the castle maid in "Brave"

Megara -wife of Hercules in film of the same name

Merryweather – One of the good fairies in “Sleeping Beauty”

Mim, as in Madam Mim, the witch in the "Sword in the Stone."

Miss Bianca – The mouse from “The Rescuers”

Moana - The daughter of the village chief from the movie with the same name.

Mulan - Chinese girl and Disney Princess in the movie, “Mulan”

Nakoma - Pocahontas' friend in the movie with the same name

Nani – Older sister to Lilo in Disney’s “Lilo and Stitch”

Olivia – The Scottish mouse in the movie, “The Great Mouse Detective”

Penny – The little girl in the movie, “Bolt”

Potts (Mrs. Potts), head housekeeper in "Beauty and the Beast"

Queen (of Hearts) Alice in Wonderland

Raya (Raya And The Last Dragon)

Rita – The Saluki dog in the Disney movie, “Oliver & Company”

Rosie – The black widow spider in the movie, “A Bug’s Life”

Sally (Finklestein) – The Rag Doll Monster in the “Nightmare Before Christmas” also, Sally from the 1946 Disney movie, "Song of the South"

Suzy – The mouse in the movie, “Cinderella”

Tiana (Tia)– Originally called Maddy, in the movie, “The Princess and the Frog”

Violet – The daughter that can become invisible in the movie, “The Incredibles”

Willow – The weeping willow tree in the movie, “Pocahontas”

Yzma - The villainous character in "The Emperor's New Groove" 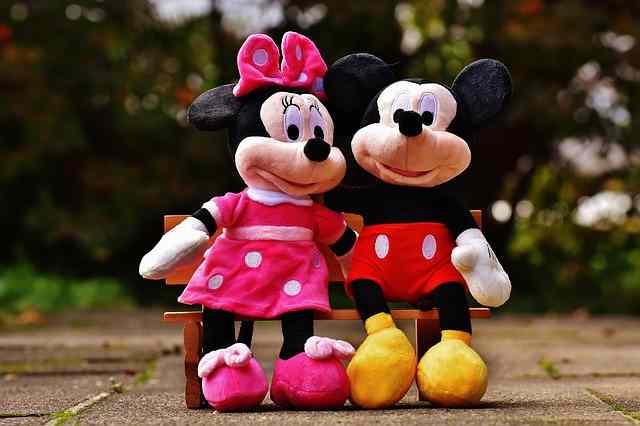 I have a German shepherd called Kiara, named after one of Simba's daughters in the new lion king series, we called her this because we used to have a dog name Nala after simbas girlfriend who sadly passed away ❤️

Do you know your Disney Princesses? 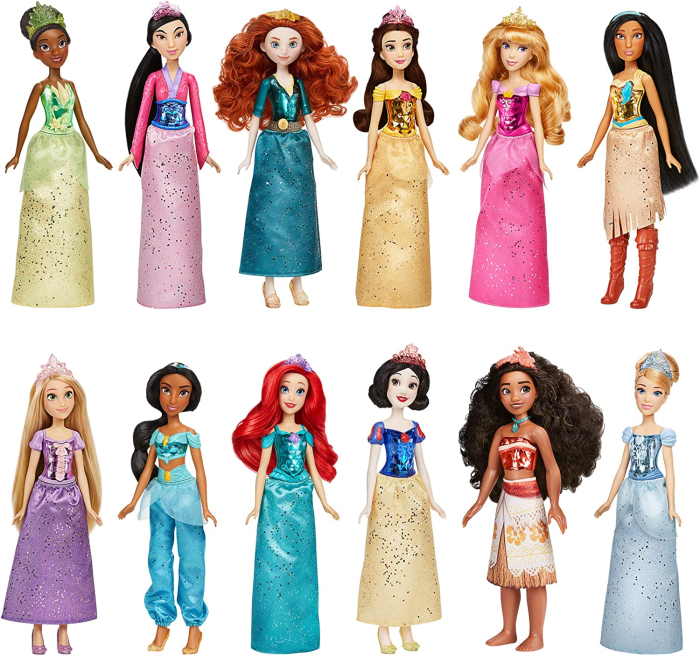 NEXT Disney Dog Names for Boys