Your favorite Disney Dog Names for Boys includes all those wonderful heroes as well as some less than reputable characters and then some just plain villains.

While I don’t advocate naming that adorable puppy after a famous villain, sometimes the name just happens to fit. 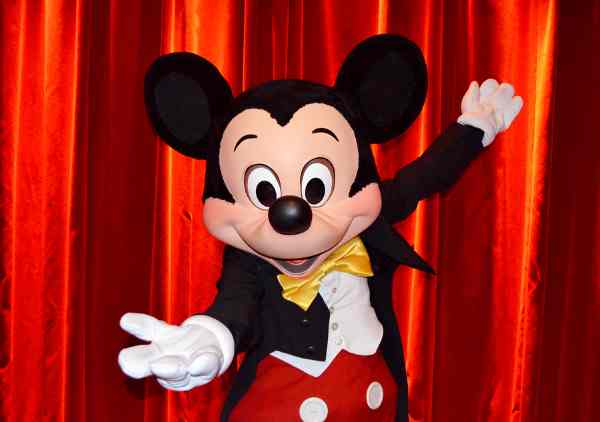 Remember these are all Disney characters, but there are many other great names from movies and television shows that were not produced by Disney.

Have a Disney character that we forgot?

Let us know with the form at the bottom of this page and we’ll add it.

Alpha - the Doberman Pinscher from Up

Benji - from Benji the Hunted

Beta - the Rottweiler from Up

Bolt - White German Shepherd in movie by the same name

Boris - the Borzoi in Lady and the Tramp

Beta - the Rottweiler from Up

Buck  - Alaskan Malamute from Eight Below

Chief - from the Fox and the Hound

Colonel - in the movie 101 Dalmatians

Copper - a Hound dog in The Fox and the Hound

Dachsie - a Dachshund in Lady and the Tramp

Danny - from the movie, The Shaggy Dog

Desoto - from Oliver and Company

Digger - a Borzoi in 102 Dalmatians

Dodger - mutt in Oliver and Company

Dug - Golden Retriever from Up

Footstool - Beauty and the Beast

Francis - A bulldog in Oliver and Company

Freckles - one of the puppies in Lady and the Tramp

Gamma - Bulldog from Up

Jock - a Scottish Terrier in Lady and the Tramp

Lafayette - from The Aristocats

Lucky - one of the 101 Dalmatian puppies

Maya - from Eight Below

Otis - Chihuahua from Lady and the Tramp II

Patch -one of the 101 Dalmatian pups

Pedro - a chihuahua in Lady and the Tramp

Pongo - the father in 101 Dalmatians

Quark - from Honey I shrunk the Kids

Reggie - Lady and the Tramp II

Rusty  - Home on the Range

Scamp - son of Tramp in 101 Dalmatians

Shadow - Alaskan Malamute from Eight Below

Slinky - the Dachshund from Toy Story

Talbot - Great Dane in the Sword in the Stone

Tito - Chihuahua in Oliver and Company

Toughy - One of the pups in 101 Dalmatians

Towser - a Bloodhound in the movie 101 Dalmatians

Tramp  - the mutt Lady and the Tramp

Trusty - a bloodhound in Lady and the Tramp

Winston - from short Disney movie, Feast  He appears to be a boston Terrier

Zero - Ghost dog from the Nightmare Before Christmas 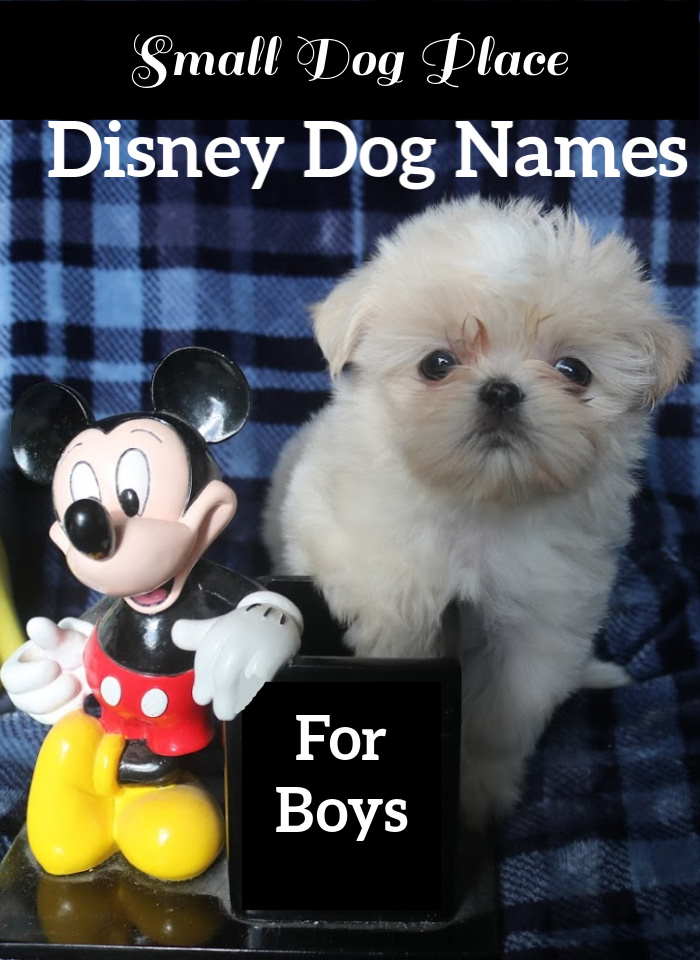 Interested in knowing what the list of Disney Girl Dogs look like?  Check out this link and visit not only the Disney Dogs but also some great Disney Female Dog Names.

Disney Dog Names for Boys  A - B 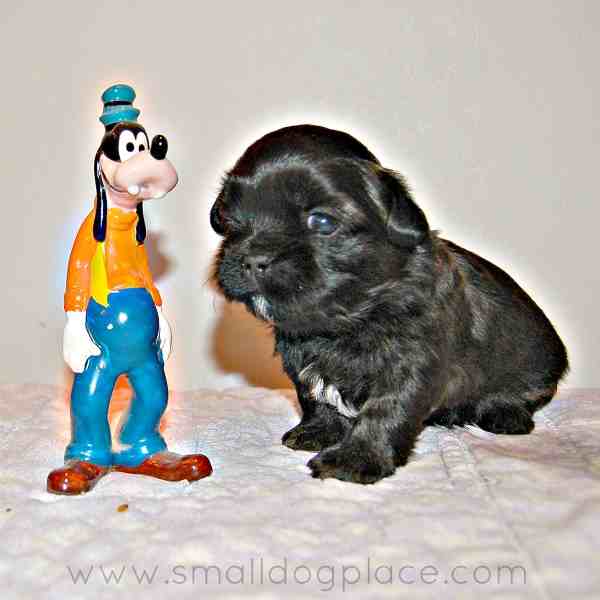 Choose the Perfect Disney Dog Name for Your Next Puppy

Abu - The monkey in Disney's "Aladdin."

Aladdin – The Boy from the movie, “Aladdin”

Angus – The Clydesdale horse of Merida in the film, “Brave”

Anton Ego - the food critic in the movie, "Ratatouille"

Auguste Gusteau (either name would make a good dog name, the character in "Ratatouille" that was the great Chef

Banzai - The hyena in Disney's "The Lion King"

Joyce Van rijn from Den haag Netherlands suggested the name, Archimedes who was the Owl in the movie, The Sword and the Stone

Bashful – One of the seven dwarves in “Snow White”

Basil - the great detective similar to Sherlock Holmes in the movie, "The Great Mouse Detective"

Beast – The Beast Character in “Beauty and the Beast”

Berlioz - The black haired cat who liked to play the piano in the movie, "The Aristocats"

Bernard - A mouse in Disney's "The Rescuers"

Beta – The Rottweiler dog in the movie, “Up”

Bolt – The White Dog and Main Character of the movie, “Bolt”

Boomer - Mickey’s uncle who is a railroad tycoon

Bruno - The dog in Disney's "Cinderella."

Buzz – As in Buzz Lightyear, the male toy character in “Toy Story”

who was Andy's Dog in Toy Story

Chien-Po - Along with Ling and Yao are soldiers in the Chinese Army in the movie, "Mulan"

Chip - The cup character in Disney's "Beauty and the Beast."  Also, in the movie, “Chip ‘n Dale”

Clopin - The leader of the gypsies in the movie, "The Hunchback of Notre Dame"

Cobra Bubbles – The social worker in the movie, “Lilo and Stitch”

Cody - The little boy character in Disney's "The Rescuers"

Cogsworth - The clock character in Disney's "Beauty and the Beast"

Copper - The hound in the movie, “The Fox and the Hound”

Creeper - A very strange character in Disney's "The Black Cauldron."

Dale - A chipmunk from the movie “Chip ‘n Dale”

Darwin – The Main Character from “G-Force”

Dash - The elder son of Bob and Helen Parr and a very fast runner in the movie, "The Incredibles"

Dewey – A duck, one of three nephews of Donald Duck

Diablo - The pet raven of Maleficent in "Sleeping Beauty"

Doc – A dwarf in the movie, “Snow White”

Doug - The title character of a popular Disney television show.

Dumbo - The flying elephant with big ears. From the Disney movie, “Dumbo”

Duke – The Great Dane in the movie, “The Swiss Family Robinson”

Eeyore – The gloomy donkey and friend of Winnie the Pooh

Elliott - The Dragon and Pete's best friend in "Pete's Dragon"

Eric - The Prince in the movie, "The Little Mermaid"

Djali (pronounced Jolly)
from the  Hunchback of Notre Dame

Djaili is the goat sidekick of Esmeralda.

Submitted by Vivi from the United States

Forte - The castle's former music conductor in the movie, "Beauty and the Beast: The Enchanted Christmas"

Frollo - The Parisian justice minister who becomes the caretaker of Quasimodo, in "The Hunchback of Notre Dame"

Gamma – The Bulldog in the movie, “Up”

Gaston - The villain of Disney's "Beauty and the Beast"

Geppetto – The old toy maker in the movie “Pinocchio”

Goofy - The lovable character in many cartoons and early shorts

Grumpy – One of the seven dwarfs in “Snow White”

Hans - the Prince from the Southern Isles in the movie, "Frozen"

Hubert - The king and father of Prince Philip in "Sleeping Beauty"

Huey – One of the three nephews of Donald Duck

Iago - The parrot in Disney's "Aladdin"

Jafar – The Villain in the movie, “Aladdin”

Jake - The adventurous mouse in Disney's "The Rescuers"

Jaq - A mouse in Disney's "Cinderella"

Jiminy - The cricket in Disney's "Pinocchio"

Jock - The Scottish terrier dog in Disney's "Lady and the Tramp"

Jumbo - The big elephant that flies in Disney's "Dumbo"

Kaa - The mysterious snake in Disney's "The Jungle Book"

Kenai - The Youngest of the three Inuit Brothers, in "Brother Bear"

Koda - a a wisecracking grizzly bear cub from "Brother Bear"

Kristoff - a Sami Iceman in the movie,  "Frozen"

Lumiere - The candelabra character in Disney's "Beauty and the Beast”

Meeko - The raccoon in Disney's "Pocahontas."

Merlin - the Magician from the “Sword and the Stone”

Milo -  The main character in the movie, "Atlantis"

Mowgli - The little boy in Disney's "The Jungle Book"

Mufasa - Simba's Father in the movie, "The Lion King"

Mushu - The orange dragon in the movie, "Mulan"

Napoleon – The hound in the movie, “The Aristocats”

Naveen -  The prince of Maldonia, "The Princess and the Frog"

Olaf - The snowman in the movie, "Frozen"

Oliver – The Cat from the Movie, “Oliver and Company”

Pascal – A lizard who is Rapunzel’s best friend, from the movie, “Tangled”

Percy – The pug of Governor Ratcliffe from “Pocahontas”

Piglet - A baby pig in the movie, “Winnie the Pooh”

Pinocchio – A little wooden puppet that wanted to be a boy, in the movie with the same name

Pooh – That chubby little bear in “Winnie the Pooh”

Pramesh - The snake charmer in the new Dumbo movie.

Megan from the USA suggested "Olaf" from Frozen.   Olaf is the Friendly snowman from Frozen.

Rabbit - The rabbit in Disney's "Winnie the Pooh."

Ratcliffe - As in the Governor in the movie, "Pocahontas"

Remy - The rat with a heightened sense of taste and smell, in "Ratatouille"

Rongo the Strongo - a strongman in the 2019 Dumbo movie

Russell - The Junior Wilderness Explorer who goes with Carl to Paradise Falls, in "Up"

Shere Khan - The jealous tiger in Disney's "The Jungle Book"

Sitka - On of the brothers in the movie, "Brother Bear"

Sleepy – One of the Seven Dwarfs in “Snow White”

Sneezy - Another of the Dwarfs in “Snow White”

Stefan - The king and father in “Sleeping Beauty”

Stitch – The little alien in the movie, “Lilo and Stitch”

Sulton – Tiger Cub owned by Jasmine from the movie, “Aladdin”

Thumper - The rabbit in Disney's "Bambi"

Tigger - A bouncy tiger from “Winnie the Pooh”

Timon - The meerkat who serves as the adopted father and friend of Simba, in "The Lion King"

Timothy - The mouse in Disney's "Dumbo."

Tod - The fox in the Fox and the Hound

Tramp – A mongrel in the movie “Lady and the Tramp”

Wall-e - from the movie with the same name

Wiggins – The manservant in the movie, “Pocahontas”

"Dodger from Oliver and Company."

Sully, from Monsters Inc.  That is what I named my Great Pyrenees. 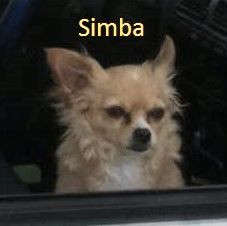 The United States suggested Zeus from the movie, "Hercules"

Mikayla Thorne from the U.S. suggested, Rafiki from the Lion King

Got A Great Disney Dog Names for Boys (and Girls)?

We've racked our brains trying to remember and did a little research into very old and very new movies, but I'm sure we've missed a few, maybe more than just a few.

Please let us know if you have a Disney name that would make a great dog name and we'll add it.

If you found this page on Disney dog names for boys helpful or entertaining, won't you check out some of our other dog names' pages? 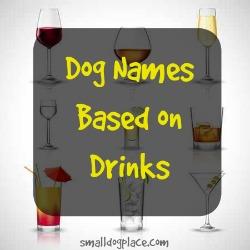 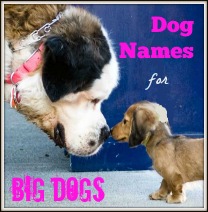 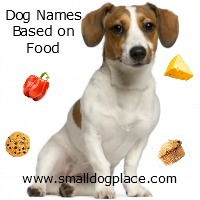 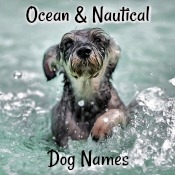 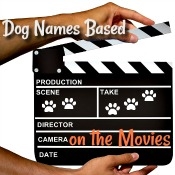 Dog Names from the Movies