We are always on the lookout for new, unusual names, so if you have some suggestions, please let us know using the form at the bottom of the page.

Be sure to tell us which dog names page you think it should be placed.

Good luck with your search for the perfect puppy name for your little boy. 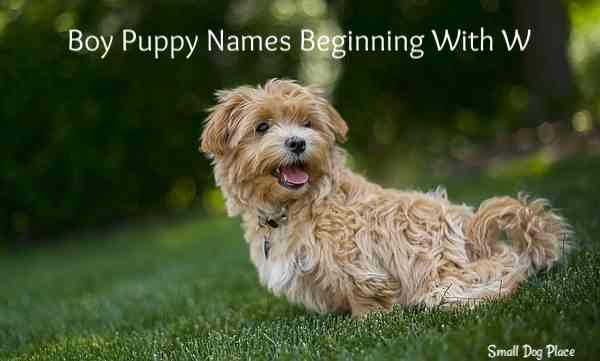 Reminders When Choosing A Name

Got some Great Boy Puppy Names Beginning with W
Why not share...

We'd love to add to this list of great boy puppy names beginning with W.  If you have one or many, let us know.