Great Dog Names From Star Trek: May Your Puppy Live Long and Prosper

You don't need to be a Trekkie to love the names that have come from the long standing Star Trek Series that included both movies and iconic television series.

Both movies and TV series have created a legacy that spans generations encouraging viewers to visualize a life  where no man has gone before. 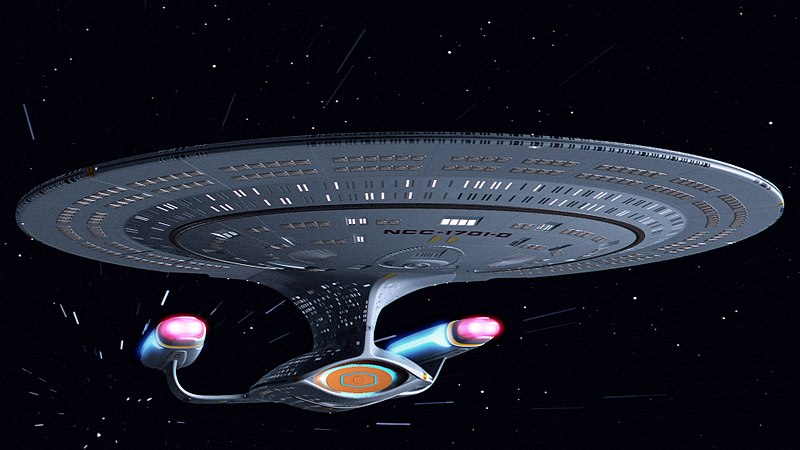 When I named two of my first dogs, Geordi and Tasha, I had no idea people would still fall in love with dog names based on Star Trek.

What I found amazing was the number of television series, movies and animated shows that follow the Star Trek theme.  An entire industry has grown up around the Star Trek franchise.

Just in case you have forgotten some of the movies or TV series, I've added them here.

It's not hard to find names, but what makes the best name for your dog?

Ayala - Helmsman, security and former Maquis on the USS Voyager

Beverly - Beverly Crusher, the Doctor onboard the Enterprise;  Either Bev, Beverly or Crusher might work

Chell - the Engineering Officer in Voyager

Guinan -Whoopi Goldberg's character on The Next Generation

Hoshi (Japanese origin) - The Com Officer on the

Janeway - Captain of the Voyager (Voyager)

Jadzia - Jadzia Dax, A Joined Trill and officer (Deep Space Nine) Either Jadzia or Dax would be a good name

Kira - Kira Nerys, a Bajoran in DS9. Either Kira or Nerys would make a great dog name

Kimara - a Romulan Representative and  Senator in (Deep Space Nine)

Leeta - a Bajoran on Deep Space 9

Molly - Molly O'Brien, the daughter of  Miles and Keiko O'Brien on the Enterprise (already a popular dog name)

Ro - Bajorian and helmsman on The Next Generation

Sela - Romulan officer in Star Trek: The Next Generation.

Seska - a Cardassian in Voyager

Soji - Soji Asha, a Romulan Anthropologist in the Reclamation Site

Tal - Tal Celes, a Bajoran crewman on the USS Voyager.

Tasha - Natasha Yar, the chief of security before Worf

Alexander - the son of the Klingon, Worf and a member of the House of Mogh

Azan - a civilian passenger in the USS Voyager

Boothby - the civilian groundskeeper at Starfleet Academy (Star Trek, The Next Generation)

Boimler - Ensign on the USS Cerritos

Brunt - a Civilian resident on Ferengi

Bryce - a Lieutenant in USS Discovery

Chakotay - First officer and former Maquis on the USS Voyager

Data - the sentient A.I. and Chief Operations Office Star Trek, The Next Generation

Dolim - the Xindi-Reptilian Commander of the Xindi Council

Elnor - Romulin Starfleet Cadet on the

Geordi LaForge - chief engineer in the Star Trek: Next Generation

Harry - Harry Kim, the ensign and friend of Paris (Enterprise)

Jean-Luc - Jean Luc Picard (any of those names would make a great dog name - the commanding officer, a diplomat, and a scholar. (Next Generation)

Kirk - James Kirk, the original Captain of the Enterprise

McCoy - the doctor, in the original series

Odo - Shape-shifter and chief of security on Deep Space 9

Pavel - Pavel Chekov one of the members of the original Enterprise crew. (Chekov also works as a dog name)

Q - a character from the Continuium that shows up in several Star Trek series (DS9, TNG, Voyager and Picard)

Reginald - Reginald Barclay, Reggie for Short, an Engineering Officer in the Enterprise

Riker - Number One officer of the Enterprise (Next Generation)

Scotty - engineer of the Enterprise. A great dog name but don't try to use it to register your Scottish Terrier with AKC.

Spock - The Vulcan and science officer of Enterprise. (The original Star Trek series and in many subsequent movies.

Soval - the Vulcan ambassador to Earth in Star Trek: Enterprise.

Spot - Data's pet cat in the Next Generation and some films

Travis - Travis Mayweather, navigator and helmsman on the Enterprise

Zek - a Ferengi in Deep Space 9

Warp (warp speed - a great name for a fast dog)

Beam (beam me up); a dog that likes to be on your lap

Cloak (cloaking device) a dog that likes to hide

What Dog Names From Star Trek Did I Forget?

There is so much vocabulary, so many main characters and guest stars, and alien worlds associated with Star Trek that I am absolutely sure I have forgotten some.  Can you help?

If you are a Trekkie, please take a moment to contact me with your ideas and I will gladly add your suggestions as soon as possible.  Thanks for your help.

More Dog Names To Check Out