The Ultimate List of Dog Names Based on Star Wars

Does this sound like you?  You've seen every Star Wars movie, read the books and comics, know every movie character invented by the franchise started by George Lucas and have watched reruns of both live-action and animated series and now you are getting a new puppy that needs a name.

OK, so I'll admit, I love Star Wars and remember seeing the very first Star Wars as a very young person on the day it was released to theaters. (OK, so I am totally dating myself).

I was amazed that puppy buyers started telling me they want to name their puppy, Chewbacca, Chewie for short, or Vadar for that sweet innocent black puppy who is less than 2 pounds.

These puppy buyers (Shih Tzu breed) who convinced me that their puppy looked just like an Ewok are the inspiration for this post.

Before I give you my list, I want to introduce, Obi Wan Tzu Nobi and Princess Leia, my own Star Wars dogs. 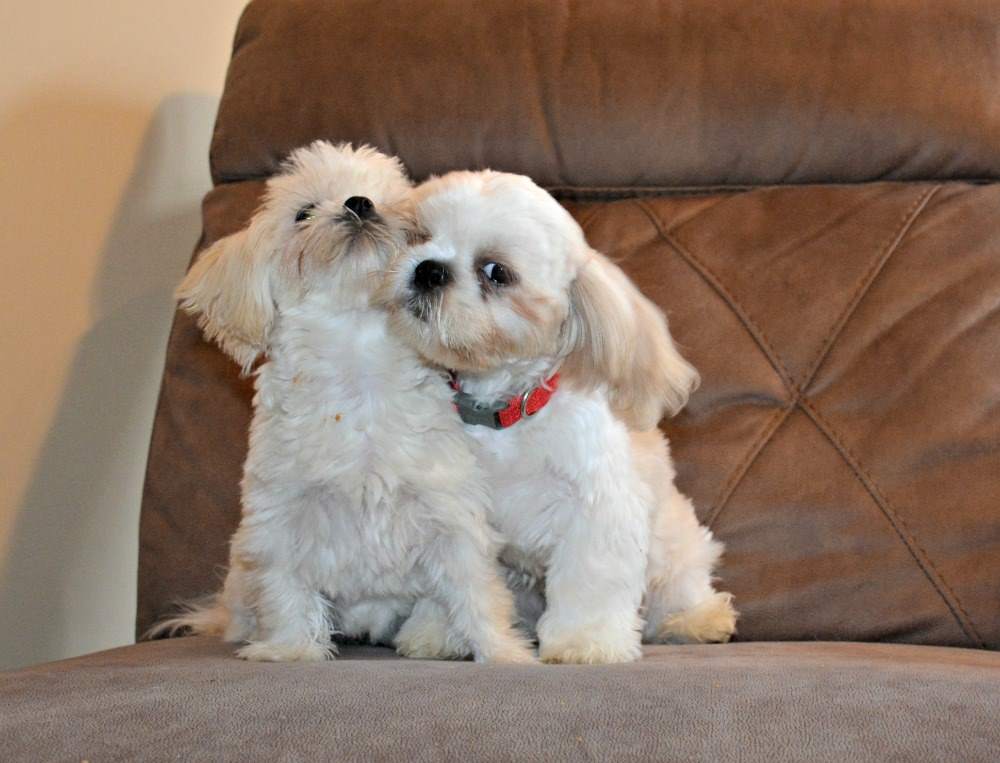 Star Wars Characters Based on All  Movies

Star Wars, a world wide pop-culture phenomenon includes much more than movies.  Television series, video games, novels, comic books, and even theme park attractions are all part of this fictional universe. I have looked at all of these when compiling this list.

No, it is not a complete list of characters, just names that sound like they should be a dog name.

A Trip Down the Star Wars "Memory Lane"

There was the original, the Prequel, the Sequel, and some miscellaneous anthology and animated films all of which were used to compile this list of great dog names based on Star Wars.

To be exact, these are the films searched for this list: (In chronological order)

Star Wars: The Empire Strikes Back  (1980) 2nd of the original trilogy

Star Wars: Return of the Jedi (1983) 3rd of the original trilogy

Star Wars: The Phanton Menance (1999) 1st of the Prequel trilogy

Star Wars: Attack of the Clones (2002) 2nd of the Prequel trilogy

There were numerous Star Wars Novels and video games written.

Some Star Wars Characters tend to have long names which some feel would not be appropriate for a dog.  This is up to you.

I personally like shorter names, but there is no reason why you can't shorten them.  For example you could name your dog Ahsoka Tano and call her Tano for short.  Amidala could be Dala for short.

Hera – pilot from the Rebels

Mara – (Mara Jade) From the series of Thrawn Novels.

Padme – Politician, Queen of Naboo, wife of Anakin Skywalker and mother to Luke and Leia

Phasma – Captain in the First Order

Qi’ra – Grew up on the streets with Han Solo.

Traya – Female Sith Lord who was formerly a Jedi

Zorii – A spice-smuggler in The Rise of Skywalker. 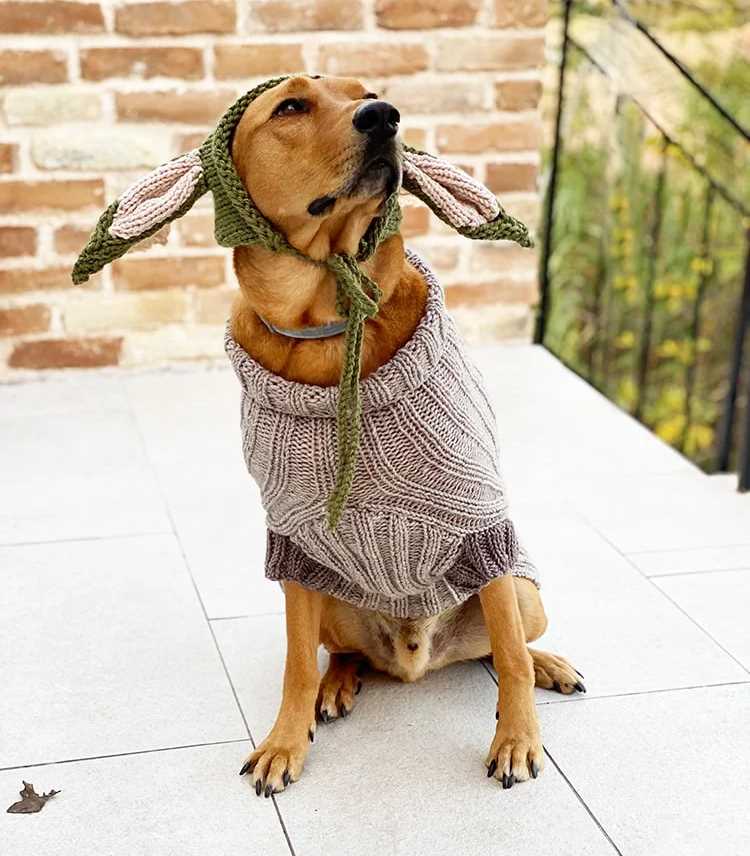 BB-8, or BB for short - Tiny ball droid who helped the Resistance

Bureau - from The Mandalorian

Echo – One of the clone troopers in The Bad Batch

Finn – Former stormtrooper who defected to the Resistance

Galen - The scientist who worked on the Death Star’s weapons system but allowed it to be destroyed.

Greedo – Bounty hunter who was shot by Han Solo

Holdo - Vice Admiral & Purple-haired leader who took command of the Resistance while Leia was unconscious.

Hunter – One of the clone troopers in The Bad Batch

Hux – General of the First Order. Used Starkiller Base to destroy the Republic.

Jabba – (Jabba the Hutt) A gangster and boss

Lars - a farmer and uncle of Luke Skywalker

Maz - Owner of a tavern and source of insider information

Rako – Rako Hardeen, a bounty hunter from the Clone Wars

Tarkin – Grand Moff Tarkin, a leader of the empire

Teebo – Ewok leader from Return of the Jedi

Wedge – Pilot who flew with Luke Skywalker for the Rebellion

More Dog Names Based on Star Wars Moons and Planets 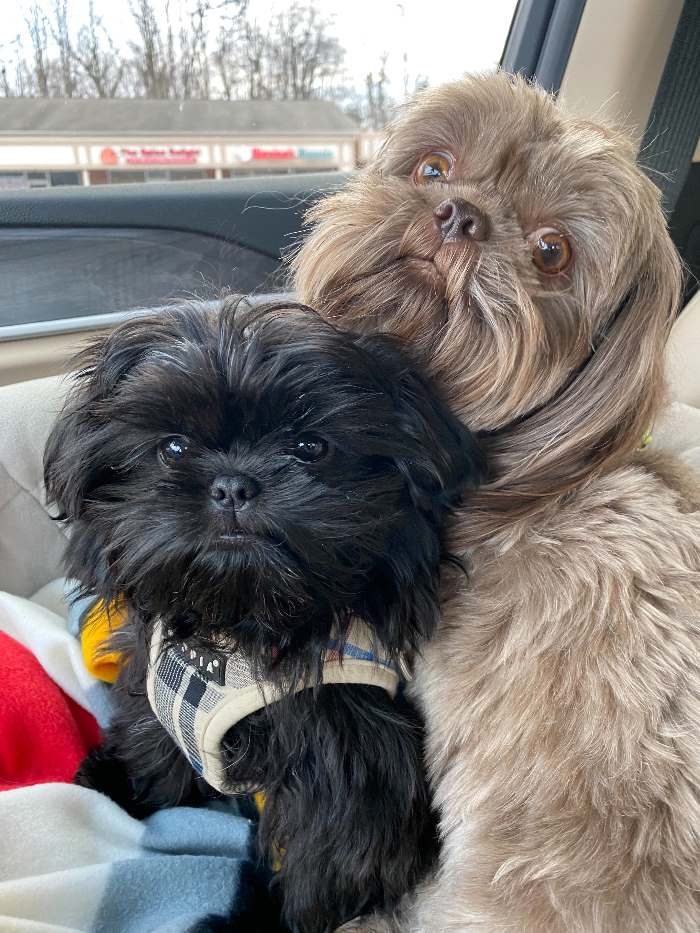 These two handsome guys are Vader and Lando from Ohio, USA

Abafar - a desert planet in the Clone Wars

Agamar - a rocky planet, home of droids from the Clone Wars and Star Wars Rebels

Bespin - a gas planet featured in the Empire Strikes Back

Cato - The site of battles throughout the Clone Wars

Crait - featured in a book, Leia, Princess of Alderaan, it is the location of an early Rebel Alliance outpost

Endor – Forest moon of the Ewoks

Hoth - Ice Planet and area for the rebel alliance, in the Empire Strikes Back

Kef Bir - Kef for short, a moon of Endor and the location of some of the wreckage of the second Death Star after it was destroyed in Return of the Jedi

Lego - from The Phantom Menace,

Mandalore - homeworld of the Mandalorians

Naboo - in the The Phantom Menace, home planet of the Gungans, and Padmé Amidala.

Great Dog Names Based on Star Wars Vocabulary and Characters

C3PO - No need for any introductions to an Star Wars' Fan. a droid fluent in millions of languages

R2-D2 - Artoo - Perhaps the most loved robot of all times.

Ewok - those cute little furred bipeds native to the moon of Endor.

Clone - as in The Clone Wars

Tauntaun - The species of non-sentient lizards native to Hoth.

Walker - as in Skywalker

Trooper as in Storm Trooper

George - or Lucas - the originator of Star Wars

Jedi – The order focused on mastering & training in the force

Rebel – Fighters against the Empire

You may think that the first names of these stars may be best served as great Star Wars Dog Names, but think again.  Sometimes it is the last name that makes the better name.  Or, perhaps you like the middle name best as in James Earl Jones.

James Earl Jones as the voice of Darth Vader 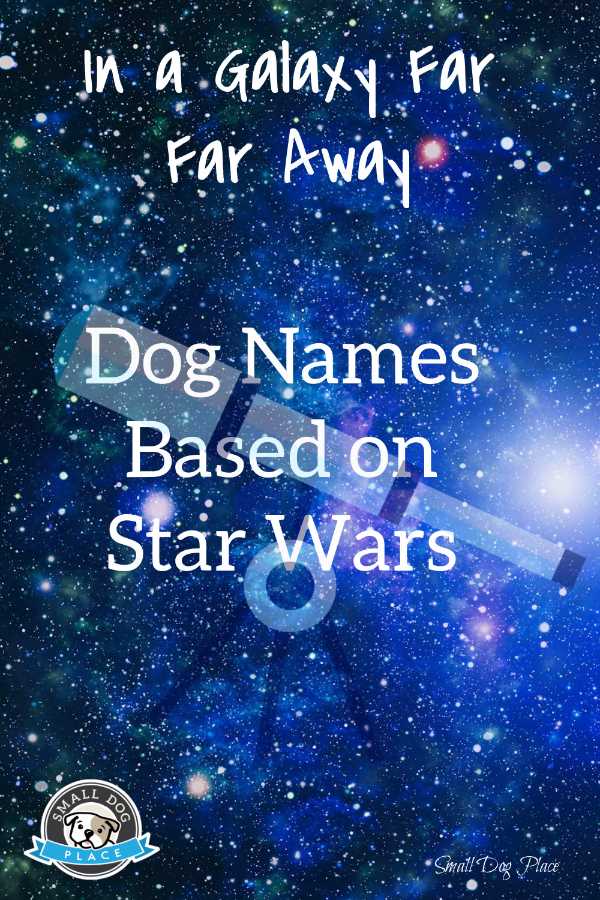 Dog Names Based on Star Wars

Your second block of text...